"No one should have to choose between their career and religion," lawyer says. 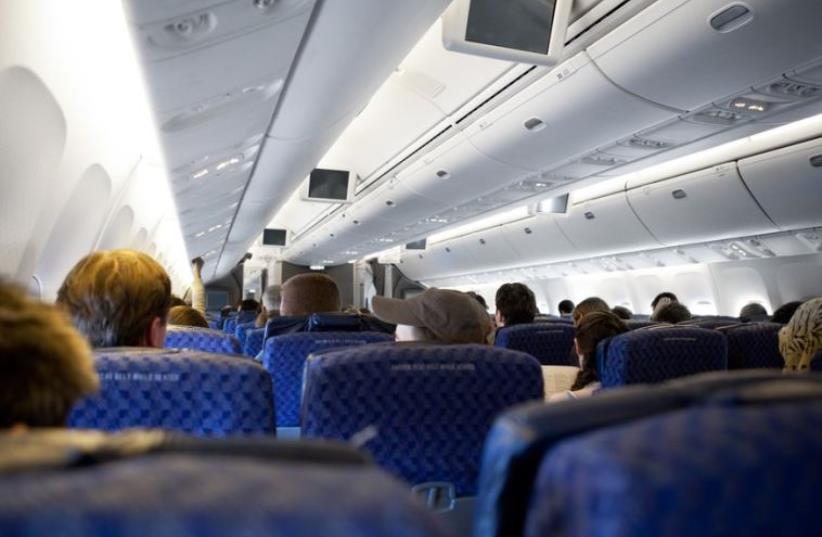 Interior of a passenger airplane
(photo credit: INGIMAGE)
Advertisement
A Muslim flight attendant filed a discrimination complaint with the Equal Employment Opportunity Commission claiming that her employer ExpressJet suspended her for refusing to serve alcohol, CNN reported this week. Charee Stanley, 40, who reportedly converted to Islam two years ago, says serving alcohol is against her faith. Stanley began working for the airline three years ago. "She wants to do her job without serving alcohol in accordance with her Islamic faith, just as she was doing before her suspension," her lawyer, Lena Masri, an attorney with the Michigan chapter of the Council on American-Islamic Relations said.  "What this case comes down to is no one should have to choose between their career and religion and it's incumbent upon employers to provide a safe environment where employees can feel they can practice their religion freely," Masri said.  According to the report, at the suggestion of the airline Stanley made arrangements for another flight attendant to serve alcohol. The arrangement was apparently working well until a third flight attendant complained that she was not fulfilling her duties.  The employee also complained  that Stanley "had a book with 'foreign writings' and wore a headdress." At the end of August, ExpressJet informed Stanley that it was revoking its religious accommodation to exclude her from service of alcohol and placing her on administrative leave. "They placed her on unpaid leave and they advised her that her employment may be terminated after 12 months," Masri said. "We are requesting that her employment be reinstated and the accommodation of her religious beliefs be reinstated as well," she added.  The airline refused to comment on the specifics of Stanley's case but it defended its general track record with regard to diversity. "At ExpressJet, we embrace and respect the values of all of our team members. We are an equal opportunity employer with a long history of diversity in our workforce. As Ms. Stanley is an employee, we are not able to comment on her personnel matters,"  a spokesman for ExpressJet Jarek Beem wrote in an email.