The Senate version of the bill, which was sponsored by State Senator Terrence Murphy, passed the Senate Committee on Homeland Security and Veterans Affairs last week. 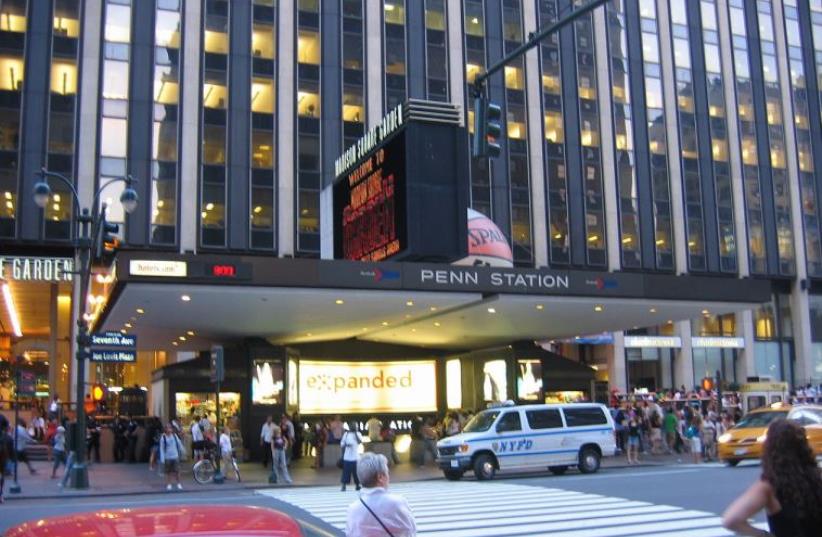 Penn Station, New York
(photo credit: Wikimedia Commons)
Advertisement
A bill that would create a registry of refugees settling in New York State and make it legal to monitor them was introduced to the New York State Assembly this week and is gaining bipartisan support in the wake of the double terror attacks in Brussels last week."In light of recent tragedies that have unfortunately become more and more of a common occurrence, we need to do everything possible to protect our citizens," Assistant Majority Leader Dov Hikind, who brought the bill to the State Assembly said."Through properly monitoring the registration records and conducting thorough background checks on these refugees, we'll be better equipped to protect the people of New York State while continuing to provide ample humanitarian services to those seeking asylum."The Senate version of the bill, which was sponsored by State Senator Terrence Murphy, passed the Senate Committee on Homeland Security and Veterans Affairs last week."It is crucial that we take reasonable measures to protect our state's residents," Senator Murphy had written on his website last December.According to Murphy, while the state of New York may lack the ability to block refugees from entering, it does have the authority to track them and to “monitor the situation for potential threats unless and until such time as they are granted permanent residency by the federal government.""If there is even the potential of a threat, we must act," Senator Murphy said. "In our current system, no one is monitored after they arrive here. That must end, for if even one terrorist makes it through under the auspices of this program and slips off the grid, it will be a tragedy we could have averted with this bill." Murphy’s legislation calls for the establishment of "refugee resettlement agencies", which would be required to provide aggregate data to state and local governments on refugees' points-of-origin and their current residence, along with monitoring them for potential threats in accordance with the rules of the state's Division of Homeland Security and Emergency Services.These agencies would also fingerprint and perform background checks on refugees, which, according to Senator Murphy’s office would “not only aid state law enforcement officials, but allow the refugees to access a broader range of state assistance programs designed to help them achieve economic and social self-sufficiency, such as the refugee cash and medical assistance program, refugee health screenings and English language training programs.”The move was opposed last week by refugee advocacy groups worried that it only stigmatizes refugees further, but bakers of the proposed legislation believe it has “an excellent chance” of becoming law.