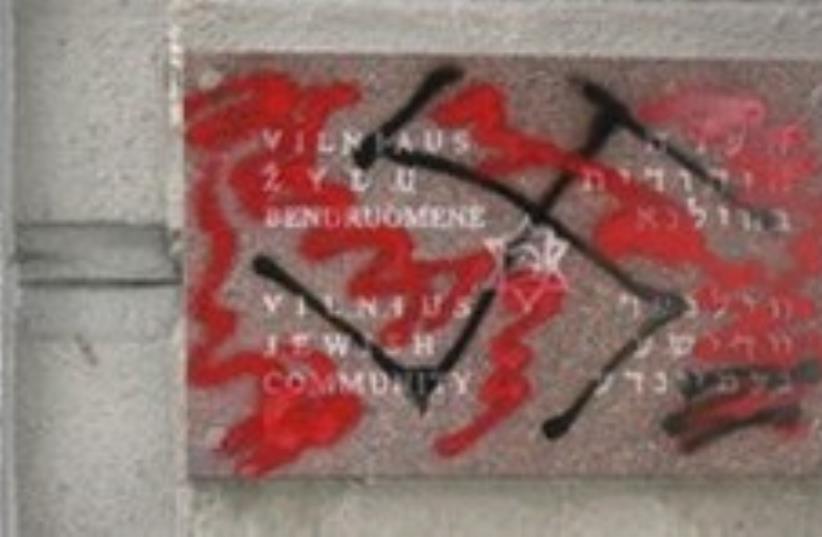 The Obama administration has failed to name an envoy for monitoring and combating anti-Semitism around the world as mandated by US law since the previous ambassador was relieved of his duties at the start of the president's term more than six months ago, officials said Thursday.

The failure to name a new envoy for the post raises questions about the importance the new administration attaches to the fight against anti-Semitism, said Rafael Medoff, director of the Washington DC-based David S. Wyman Institute for Holocaust Studies.

"Foot-dragging on the selection sends a message that anti-Semitism is not of great importance to the United States," Medoff wrote in a monograph to be published by the Jerusalem Center for Public Affairs titled "The Politics of the American Response to Global Anti-Semitism."

According to Medoff, "At a time when anti-Semitism remains a staple of government propaganda in the Middle East, when violent anti-Semitic incidents are reported almost daily throughout Europe, and when even the streets of Washington are not untouched by anti-Semitism's violent potential, that is the wrong message to send."

The State Department's Office of the Special Envoy to Monitor and Combat Anti-Semitism, which was established by a Congressional initiative in 2004, advocates American policy on anti-Semitism both in the US and internationally.

The proposal to establish such an office was initially opposed by the Bush administration, which took 18 months to appoint an envoy to head the office, Medoff said.

The envoy, Dr. Gregg Rickman, was removed from his post when the Obama administration took office in January in keeping with standard policy when a president of a different party takes power.

"On the one hand, it is understandable that at a time of multiple domestic and foreign crises, the Obama administration does not see this position as a top-tier concern," Medoff wrote. "Yet it is nevertheless surprising how far down anti-Semitism appears to have slid on the new administration's list of priorities, particularly when it was the Democrats themselves who fought so hard to create the position over the vehement opposition of the Bush administration."

A White House spokesman referred queries on the issue Thursday to the State Department. A State Department official said Thursday that upon the inauguration of a new president, ambassadors from the previous administration tender their resignations.

The official said that as with all Ambassadorial and other senior positions, there is an appointment process, which is ongoing, that includes the president nominating a candidate followed by Senate confirmation.