Rampling's comments came amid a wave of protest over the lack of minorities among the major nominees. 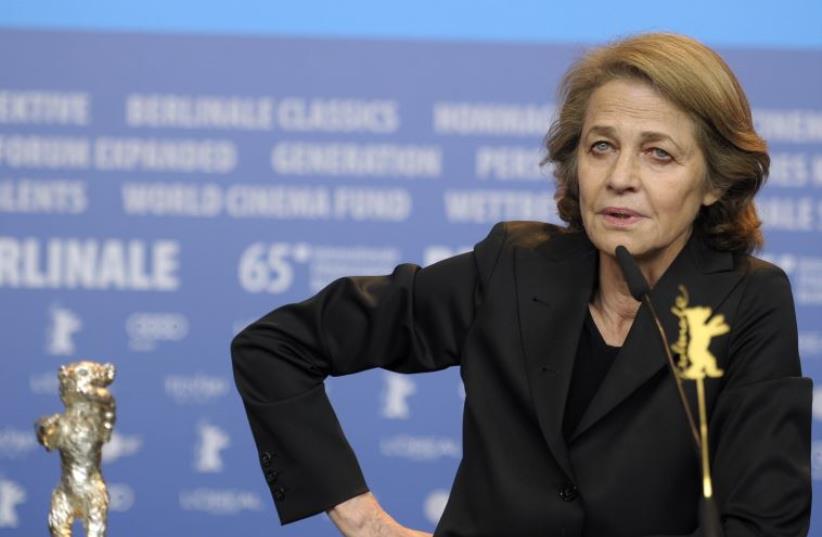 Actress Charlotte Rampling attends a news conference after receiving her Silver Bear for Best Actress for the film '45 Years' following the awards ceremony at the 65th Berlinale International Film Festival in Berlin February 14, 2015.
(photo credit: REUTERS)
Advertisement
British actress and first-time Academy Award nominee Charlotte Rampling said Friday that her comments calling the boycott of the Oscars protesting the absence of black actors and directors "racist toward whites," was misinterpreted.Rampling said in a statement to CBS News that she regretted that the comments she had made to a French radio journalist, which had led to backlash against the veteran actress."I simply meant to say that in an ideal world every performance will be given equal opportunities for consideration. I am very honored to be included in this year's wonderful group of nominated actors and actresses," Rampling said.In an interview aired earlier on Friday on Europe 1 radio, Rampling was asked if she felt African-American director Spike Lee was right to pledge to boycott the Oscars over the absence of blacks among the nominees."No, I find to the contrary, that it's racist toward whites," said Rampling, who is nominated for her role in the British drama "45 Years."When asked to elaborate, Rampling said "one can never really know," but that "perhaps sometimes black actors have not earned a place in the final running."Rampling's comments came amid a wave of protest over the lack of minorities among the major nominees, including the re-emergence on social media of the hashtag #OscarsSoWhite, which first appeared during the 2015 awards season.Oscars organizers the Academy of Motion Picture Arts and Sciences announced major changes in its membership rules, pledging to double its membership of women and minorities by 2020, and stripping voting rights from inactive members.On Monday, actress Jada Pinkett Smith said on her Facebook page she would boycott the Oscars, and Lee announced he would not attend.Rampling also criticized Lee's affirmative action advocacy in Hollywood."There will always be problems with people saying this one is too handsome, this guy is too black, this guy is too white, there will always be someone of whom people say, 'You are too '" Rampling said. "And so we're going to classify everything to make thousands of little minorities everywhere?"As Rampling, speaking to Europe 1 in French, made her comments, two-time Oscar winner Michael Caine in a separate broadcast interview urged non-white actors to "be patient" as they await more recognition at Hollywood's premier awards event.Caine, speaking to BBC Radio 4, also weighed in on the Oscar selections made by members of the Academy of Motion Picture Arts and Sciences, who vote for the nominees."You can't vote for an actor because he's black," Caine told BBC Radio 4.At one point, Caine appeared to be unaware all 20 acting nominees this year were white, asking if British actor of African descent Idris Elba was nominated."It took me years to get an Oscar," said Caine, 82, who won the first of his two Oscars in 1987, a best supporting actor award for "Hannah and Her Sisters."