Palestinian woman fired in Germany for refusing to remove her headscarf

The woman was told that her Muslim dress had 'injured the neutrality' of her workplace. She was fired after just one day of her six-week internship. 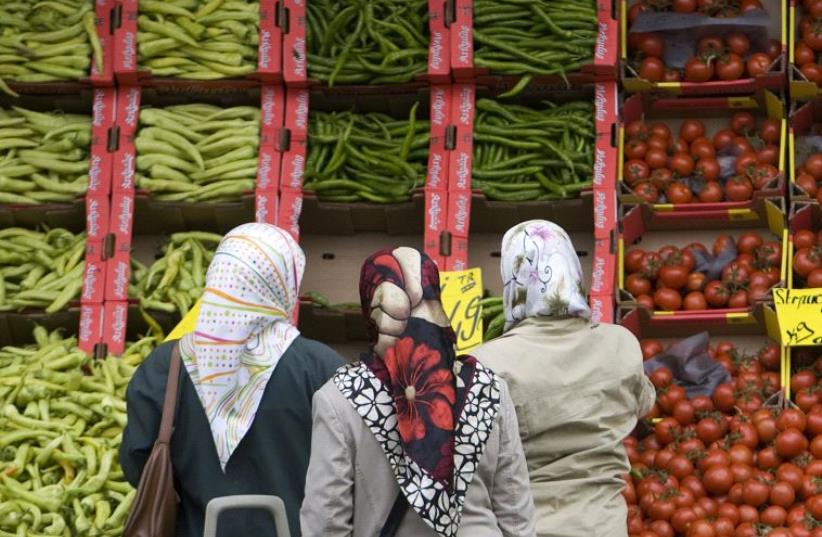 Women wearing headscarves stand next to a supermarket in Berlin, Germany.
(photo credit: REUTERS)
Advertisement
A Palestinian asylum-seeker was fired on her first day as an intern in a town hall in Germany because she would not remove her head covering, The Daily Mail reported on Thursday.The 48-year-old woman was told that her Muslim dress had 'injured the neutrality' of her workplace. She was fired after just one day of her six-week internship course entitled 'Perspectives for Refugees.'In defense of her decision, Mayor Elisabeth Herzog-von der Heide told The Daily Mail "The Islamic headscarf is a means of expression of religious belief in a place where we have neutrality. We don't allow crucifixes on the wall here, either."Sven Petke, a local conservative member of parliament, said there was no basis in the law for the woman's termination, and that the German supreme court had never ruled on banning religious clothing. Thomas Jung, from the far-right Alternative for Germany party, said on the other hand "You can't have special privileges for Muslims if you can't have a crucifix on the wall. The Mayor deserves respect and not scolding for her difficult decision." This incident comes at a time of intense global awareness around religious dress clashing with the law. Just last week, France drew international attention when several ocean-side towns banned the wearing of burkinis on beaches.