The photos released on Friday, while graphic, were unlikely to have the same impact as the images depicting abuse of Abu Ghraib detainees that emerged in 2004. 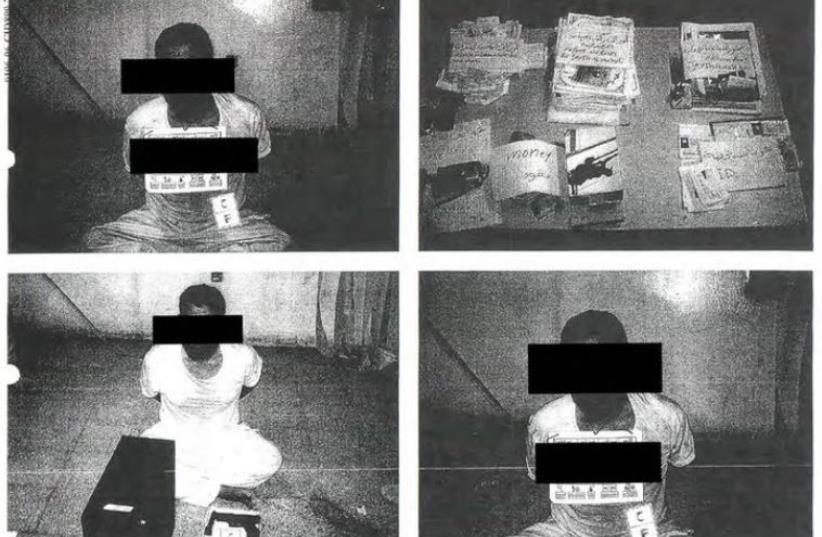 Black strips placed by censors mask the identity of detainees in an undated combination of photos from Iraq's Abu Ghraib prison.
(photo credit: REUTERS)
Advertisement
WASHINGTON - The Pentagon on Friday released 198 photographs linked to allegations of abuse of detainees in Iraq and Afghanistan, many of them showing close-ups of cuts and bruises to arms and legs of prisoners held in US facilities.The Pentagon said the photos came from criminal investigations into 56 allegations of misconduct by US personnel. It said 14 of those allegations were substantiated and even led to life imprisonment.The American Civil Liberties Union, which filed a Freedom of Information Act lawsuit more than a decade ago for the photos, said the images were part of a larger collection of 2,000 mostly unreleased photographs tied to American detainees."The still-secret pictures are the best evidence of the serious abuses that took place in military detention centers," said ACLU Deputy Legal Director Jameel Jaffer in a statement."The government's selective disclosure risks misleading the public about the true extent of the abuse."The release follows a November decision by US Defense Secretary Ash Carter to not recertify the images under the Protected National Security Documents Act, thus allowing them to be made public subject to request.The photos released on Friday, while graphic, were unlikely to have the same impact as the images depicting abuse of Abu Ghraib detainees that emerged in 2004. Some detainees there claimed they endured physical and sexual abuse, infliction of electric shocks, and mock executions.Still, the Pentagon said the independent criminal investigations tied to the photos released on Friday led to disciplinary action against 65 US service members, ranging from letters of reprimand to life imprisonment.