People of the year in International Affairs: Denise Williams and the South African press

Williams and her colleagues are a symbol of the never-ending struggle of media to fulfill its mission to "speak truth to power."

By SETH J. FRANTZMAN
DECEMBER 30, 2013 09:42
Denise Williams
(photo credit: Courtesy)
Advertisement
"So, arrest us" dared the front page of South Africa’s Times in mid-November. Alongside the headline was a photo of a rural compound, the homestead of South African President Jacob Zuma. The photo and story revealed that State Security Minister Siyabonga Cwele and Police Minister Natha Mthethwa had told media at a security meeting that publishing photos of the estate would constitute “breaching the national Key Points Act.” The Op-ed section of the paper which I edit is all about freedom of expression and diversity of opinion and therefore it seems appropriate to choose a person of the year who represents the struggle of media to preserve the right to free speech and criticism.  Denise Williams, a senior parliamentary reporter for the Times Media Group in South Africa was the author of the story ‘so, arrest us’, and she should be recognized, alongside South Africa’s media as a symbol of the never-ending struggle of media to fulfill its mission to “speak truth to power.” In some countries the media faces outright censorship by government. However the general trend in recent decades has been toward greater media freedoms throughout the world. Even with that trend, publications themselves face serious barriers, including budgetary constraints, political and corporate meddling, threatening exploitation of libel laws to curtail reporting and opinion, and nuanced attempts by ostensibly democratic governments to keep the press from digging to deeply to explore scandals and corruption. 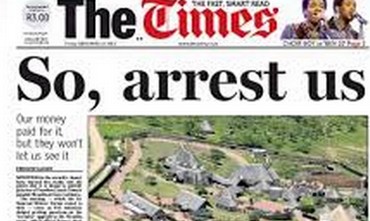 Williams began her journalism career as a copy editor for a food and travel magazine. After that she worked at the South African Press Association. Since May of last year she has been with the Times Media Group, which publishes the Sunday Times, Times, and the Sowetan among other publications. In a personal capacity, she spoke to me about her recent experience covering politics. In recent years she has noticed “attempts to prosecute the press for showing corruption; they are trying to hammer through this [secrecy] bill.” In October of 2011 Williams wrote an article about the South African National Editors Association speaking out against this Protection of State Information law, dubbed the ‘secrecy bill.’ Association chairperson Mondli Makhanya noted that “democracy by its very nature breeds influence peddlers. We need to make sure that reporters can withstand the tsunami of manipulation.” Williams recalls that in 2011 people were drawing comparisons with Apartheid era ‘black Wednesday’ when in 1977 the regime banned several newspapers and various anti-Apartheid groups. In those days, explains Williams, “government used all its force and [today] this has been likened to an apartheid era bill and a move by government to crush criticism.” What is important is that in South Africa, editors and newspaper owners “back us…they are not shy of a fight.” This all came to a head in November when it emerged that around $20 million had been spent on what was claimed to be security upgrades to the President’s private home. Williams recalls that the parliamentary briefing that day was “one of the most bizarre I’ve ever gone to. It was the crime prevention and security cluster [meeting], where top officials from the police and justice [system] meet. 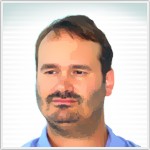 It was like a twilight zone, they kept reinforcing the notion that pictures cannot be taken and inferring, or going so far as to infer that they will be investigating who is responsible for publishing photos [of the residence].” It was clear “they were pulling rank and shielding Zuma.” It was obvious they were hiding something. South Africa’s press responded by publishing photos of the residence and its supposed upgrades on the front pages of numerous papers.The Sunday Times headline ‘so, arrest us’ was the most pithy; The Star ran a photo with a red X through it shouting “look away!” This decision to publish en masse front page photos of the president’s home was journalism at its best in 2013. It was not an easy decision. Williams correctly argues that “I think it was an important story for the media. It got tongues wagging. It was not just about the public. As journalists we should not put ourselves in the story. But there has been attack on journalists about this issue and the public knows that. Most of the newspapers were defiant.”  Many newspapers face political agendas, siding with one party or another, and they cannot afford to handle long prosecution by the government. This is why it is so essential for the press to speak with one voice over issues that are symbolic or represent a red line. And in this sense South Africa’s press and the Sunday Times made a bold statement. The headline itself was what grabs our attention. It was chosen by the editors and sub-editors. Williams recalls learning about it before press time “I did see it and I was happy with it.”Read more person of the year articles:Person of the year in Israeli diplomacy: Shimon PeresPerson of the year in the IDF: The C4i Corps
Person of the year in Israeli crime: The Felician family
'Person' of the year in energy and environment: A girl named Tamar
Person of the year in the Syrian crisis: Israeli health care professional
Person of the Year in US Mideast Policy: Susan Rice
Person of the year in Israeli sports: Yarden Gerbi