The rebels are waiting for government to set up a new Muslim autonomous government in the south. 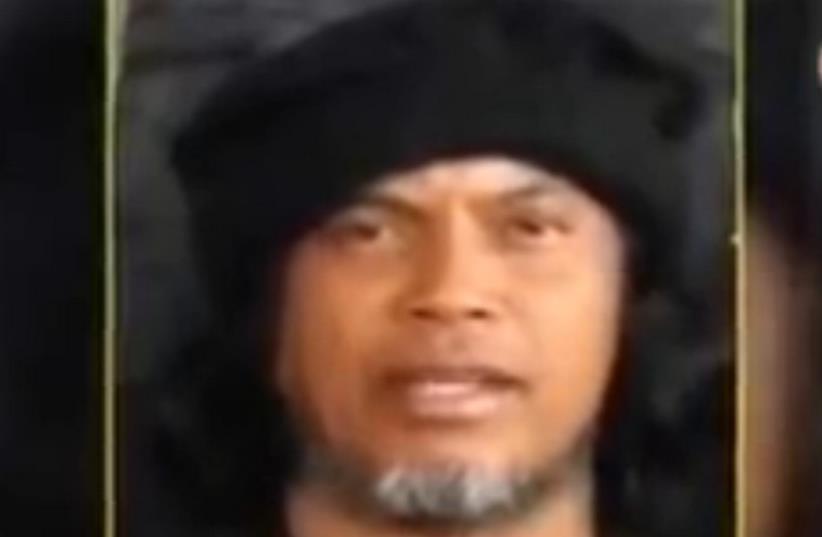 Abdul Basit Usman
(photo credit: screenshot)
Advertisement
MANILA - The Philippines' most wanted Islamist militant, who escaped after a raid in January that killed 44 police commandos, was killed on Sunday in firefight with Muslim rebels, officials said.Protracted police operations to arrest three Islamist high-value targets had become the biggest political crisis in five years for President Benigno Aquino and put at risk his government's peace efforts with Moro Islamic Liberation Front.A proposed law creating a new autonomous government for minority Muslims in the south of the mainly Catholic state in the poor Southeast Asia state has stalled as some lawmakers, civil society groups and activists called on Aquino to resign."(Abdul) Basit Usman was killed in a firefight in Guindulungan, Maguindanao at around noon today," Herminio "Sonny" Coloma, the presidential communications secretary, said in a statement."Usman was the second target of the operations conducted by the PNP-SAF to capture Zulkifli bin Hir, alias Marwan last Jan. 25," he said referring to a commando raid on a Muslim rebel lair in Mamasapano town.In March 2014, the Front signed a peace deal with the government ending about 45 years of conflict that has killed 120,000 people and displaced 2 million. But, the rebels will not lay down weapons until after a final peace deal is reached.The rebels are waiting for government to set up a new Muslim autonomous government in the south, granting wider powers on its economy, politics and social life.The two militants were blamed for strings of bomb attacks in the southern Philippines. Both had links with the defunct Jemaah Islamiah, a regional al-Qaida-linked militant network and were subject of a combined $6 million bounty from the US State Department.Coloma said there were no other details of the firefight. But army and police officials said Usman and five others were killed near a creek in Muti village.The peace deal was questioned after some Liberation Front rebels were blamed for the death of 44 police commandos, who went on a secret mission to arrest Marwan and Usman in January. Marwan was killed and Usman escaped in the operations.The government said it will file murder charges against 90 Muslim rebels who were found to be involved in the killing of 44 police commandos. Seventeen rebels and four civilians also died in the deadly clash in January 25.