Pope prays for 'martyrs' of Egypt and Manchester attacks 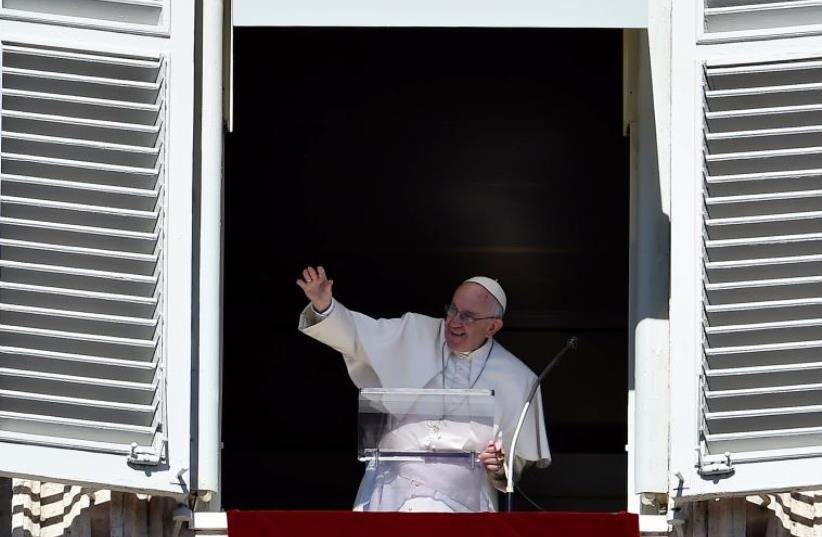 Pope Francis waves to pilgrims, gathered in St. Peter's square at Vatican, from the window of his appartment during his Sunday Angelus prayer on October 11, 2015.
(photo credit: AFP PHOTO / VINCENZO PINTO)
Advertisement
Pope Francis led prayers on Sunday for the victims of an Islamic attack on a busload of Coptic Christian pilgrims in Egypt as well as victims and families of the Manchester attack."Dear brothers and sisters, I want to express again my closeness to my dear brother Pope Tawadros II and to the whole Egyptian nation who two days ago suffered another act of fierce violence. The victims, including children, were among the faithful going to a sanctuary to pray and have been killed after they refused to deny their Christian faith. The Lord welcomes these brave witnesses, these martyrs into his peace, and (may he) convert the hearts of the terrorists," said the Catholic leader, speaking to tens of thousands of pilgrims in St. Peter's Square.  "And we also pray for the victims of the terrible attack on Manchester last Monday, where so many young lives have been cruelly broken. I am close to the families and to all those who weep for their losses."