An Airbus AIR.PA A320-200 carrying 162 people and operated by Indonesia AirAsia disappeared in poor weather on Sunday morning during a flight from the Indonesian city of Surabaya to Singapore.

By REUTERS
Search for missing AirAsia jet
Advertisement
Debris sighted in Indonesia's Java Sea is from the AirAsia jet presumed to have crashed two days ago, Tatang Zaenudin, an official at the country's search and rescue agency, told Reuters on Tuesday. An Airbus A320-200 carrying 162 people and operated by Indonesia AirAsia disappeared in poor weather early on Sunday during a flight from the Indonesian city of Surabaya to Singapore."I am 95 percent sure that the location pictured is debris suspected to be from the aircraft," Indonesia Search and Rescue Agency chief Soelistyo told reporters.Red and white debris sighted off Indonesia's Kalimantan coast is likely to be part of jet presumed to have crashed in shallow waters off the Indonesian coast, a transportation ministry official said on Tuesday. 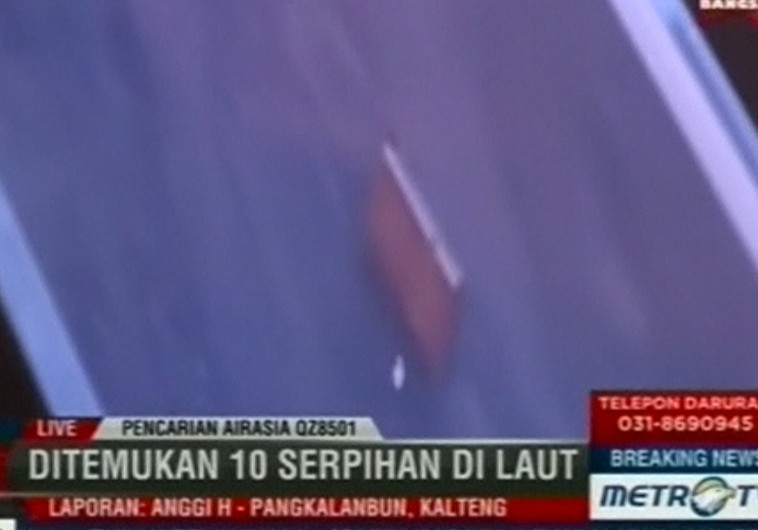 "The debris is red and white," Djoko Murjatmodjo, acting director general of air transportation at the transportation ministry, told reporters. "We are checking if it's debris from the aircraft. It's probably from the body of the aircraft."Based on the size and coloring of the debris, it was likely to be part of the missing jet, Murjatmodjo added.