"I would not want to trivialize what happened to the Jews because it was so awful but there are parallels that can be drawn, the way that the French treat the refugees." 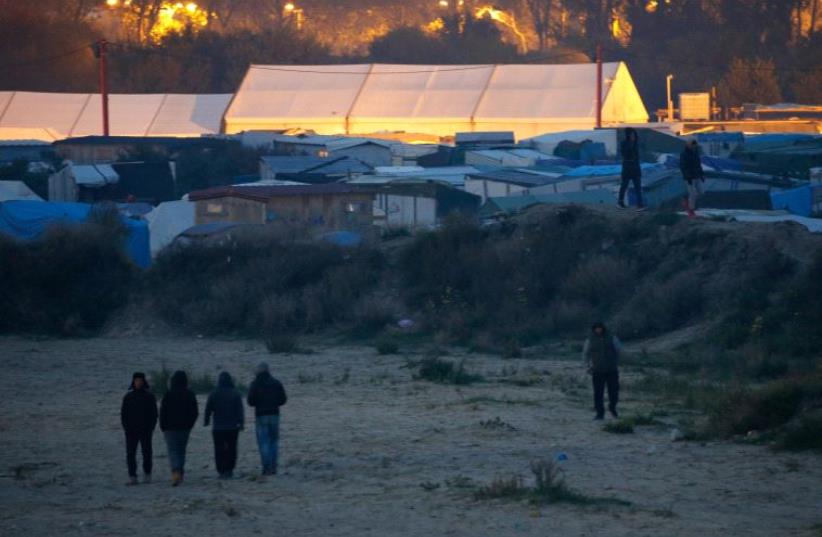 Migrants walk near tents on the eve of their evacuation and transfer to reception centers in France, and the dismantlement of the camp called the "Jungle" in Calais, France
(photo credit: PASCAL ROSSIGNOL/REUTERS)
Advertisement
The chief of a British charity who works in the Calais "Jungle" on Saturday compared the French treatment of migrants to the Nazi treatment of Jews during World War II, the Daily Mail reported. Clare Moseley, who founded Care4Calais, a charity to help refugees, said that the French force the refugees to sleep in shipping containers like cattle. She added that the refugees were allocated beds randomly with the organizers placing no thought to any variable such as religion or age."I would not want to trivialize what happened to the Jews because it was so awful but there are parallels that can be drawn, the way that the French treat the refugees," Moseley said. Plans to dismantle the "Jungle" migrant camp in northern France where thousands of refugees are holed up will proceed in order to "take people out of the slums," France's asylum chief pledged after a group of charities asked a court to halt the closure."Calais is over, it's finished," said Pascal Brice, the director of Ofpra, the agency in charge of handling asylum requests in France, referring to the makeshift camp.From Monday, government-organized buses are expected to take thousands of the camp's inhabitants, including some 1,290 unaccompanied children, to temporary accommodation centers where they will have to claim asylum in France. The refugees are mostly from sub-Saharan Africa - Sudan, Eritrea, and Ethiopia - and Afghanistan. Most of the migrants and refugees who traveled thousands of miles to Calais did so in the hope of reaching the UK, where they believe their job prospects are better. Many have spent months or even years in the camp. The evacuation operation is expected to take a week, according to local authorities.