Motive for the attack remains unclear. 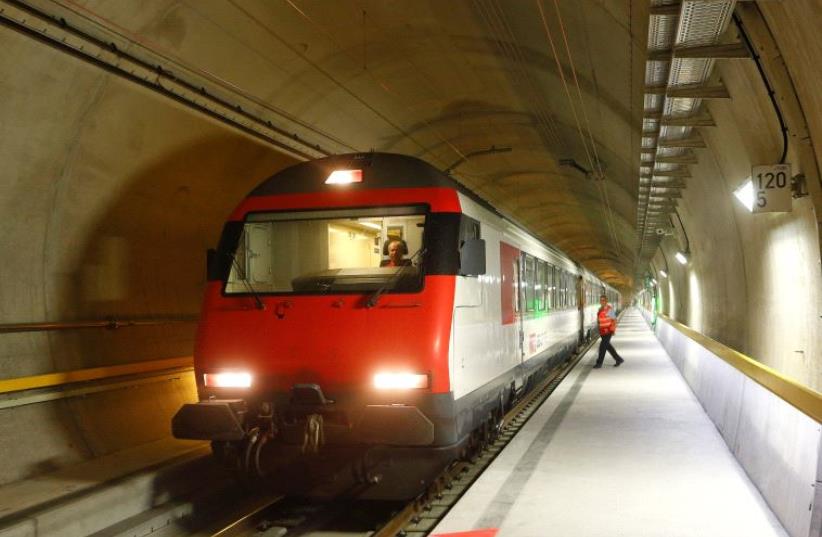 A train stands at the multifunction and emergency stop station of the NEAT Gotthard Base Tunnel, the world's longest train tunnel, during a media visit near the town of Sedrun, Switzerland.
(photo credit: REUTERS)
Advertisement
A man armed with a knife and flammable fluid injured six people in an attack on a Swiss train on Saturday, authorities said."According to current information a 27-year-old Swiss man poured out a flammable liquid. He was also armed with at least one knife. The liquid caught fire," St. Gallen cantonal police said in a statement.It said the injured were taken to various hospitals with burn and stab wounds, and that the assailant was also injured in the incident and transported to hospital. The attack occurred at 2:20 p.m. (1220 GMT) on a train traveling between Buchs and Sennwald in the canton of St. Gallen, the police statement said. A Swiss police spokesperson stated that at this point in time the possibility of terrorism seemed "very, very far-fetched." Motive for the attack remains unclear.