DH newspaper reported the suicide bombers who blew themselves up on Tuesday in Brussels originally considered targeting a nuclear site. 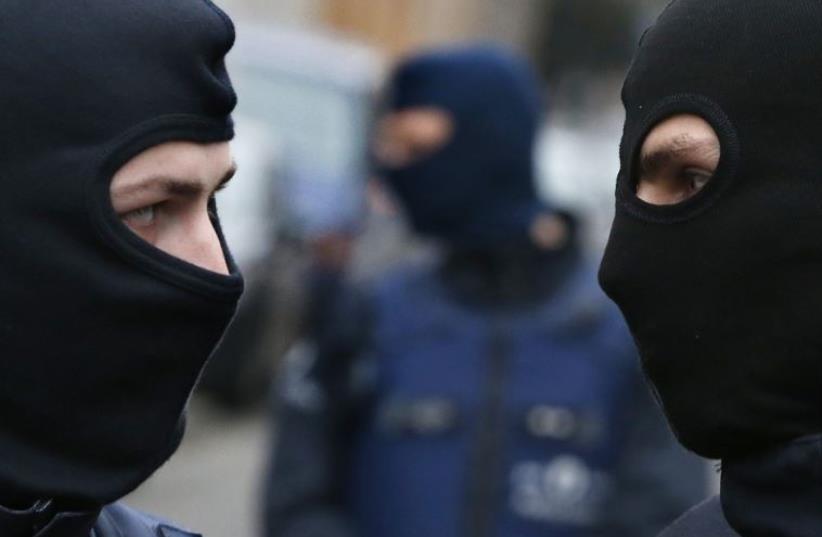 Police at the scene of a security operation in the Brussels suburb of Molenbeek in Brussels
(photo credit: REUTERS)
Advertisement
BRUSSELS - Two days after bomb attacks at Brussels airport and on a packed metro killed 31 people and injured hundreds, a security guard who worked at a Belgian nuclear plant was murdered and his pass was stolen, Belgian media reported on Saturday.The French language Derniere Heure (DH) newspaper reported the security guard's badge was de-activated as soon as it was discovered he had been shot dead in the Charleroi region of Belgium and his badge stolen.A police spokeswoman said she could not comment because an investigation was ongoing.In a nation on high alert following this week's attacks, the report stokes fears about the possibility militants are seeking to get hold of nuclear material or planning to attack a nuclear site.On Thursday, DH had reported the suicide bombers who blew themselves up on Tuesday originally considered targeting a nuclear site, but a series of arrests of suspect militants forced them to speed up their plans and instead switch focus to the Belgian capital.Late last year, investigators found a video tracking the movements of a man linked to the country's nuclear industry during a search of a flat as part of investigations into the Islamist militant attack on Paris on Nov. 13 that killed 130 people.The video, lasting several hours, showed footage of the entrance to a home in northern Belgium and the arrival and departure of the director of Belgium's nuclear research program.