The information was first relayed to Fox News through the office of US Senator Ron Johnson (R-Wisc.), who chairs the Senate Homeland Security Committee. 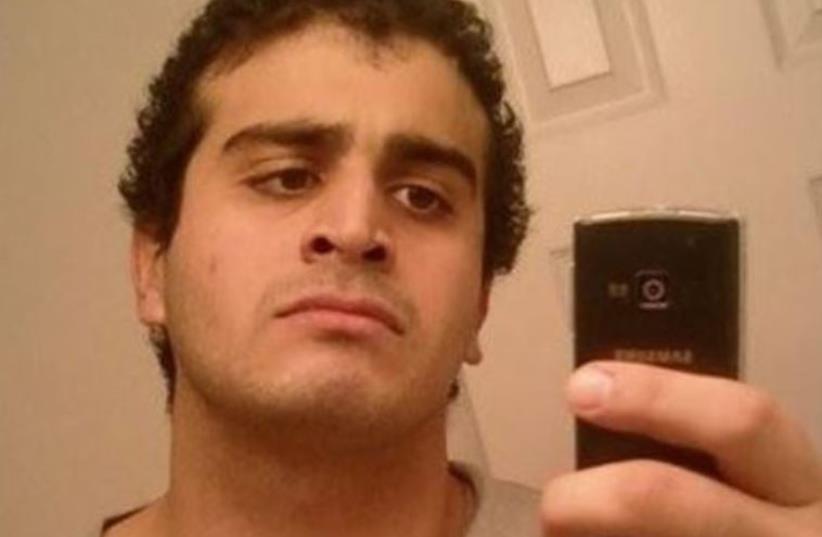 Gunman Omar Mateen who killed 50 people in Orlando gay nightclub.
(photo credit: screenshot)
Advertisement
The perpetrator of the deadliest mass killing in US history, Omar Mateen, posted to Facebook his allegiance to the Islamic State hours after killing nearly 50 people at an Orlando, Florida gay nightclub earlier this week, Fox News reported Wednesday.“I pledge my alliance to (ISIS leader) abu bakr al Baghdadi... may Allah accept me,” Mateen wrote in the wake of the attack which occurred early Sunday morning. “The real [M]uslims will never accept the filthy ways of the west” …“You kill innocent women and children by doing us airstrikes..now taste the Islamic state vengeance.”The information was first relayed to Fox News through the office of US  Senator Ron Johnson (R-Wisc.), who chairs the prestigious Homeland Security Committee in the Senate. “It is my understanding that Omar Mateen used Facebook before and during the attack to search for and post terrorism-related content,” a letter from Johnson’s office reads. “According to information obtained by my staff, five Facebook accounts were apparently associated with Omar Mateen.” Following the deadly Orlando shooting, all social media accounts belonging to Mateen were quickly taken down before they could be publicly viewed but were made available to Johnson's committee charged with investigating the circumstances of the case in Congress. According to Fox News, Mateen made an ominous prediction in his final post to the social media site. “In the next few days you will see attacks from the Islamic state in the [USA].”  On Sunday, Mateen stormed the Pulse nightclub around 2 a.m. and began shooting into the crowded dance club, killing 49 and wounding another 53 before police shot him dead in what US authorities are calling both a "hate crime" and "terrorist incident."