Conflicting reports have emerged regarding the identity of the London attacker. 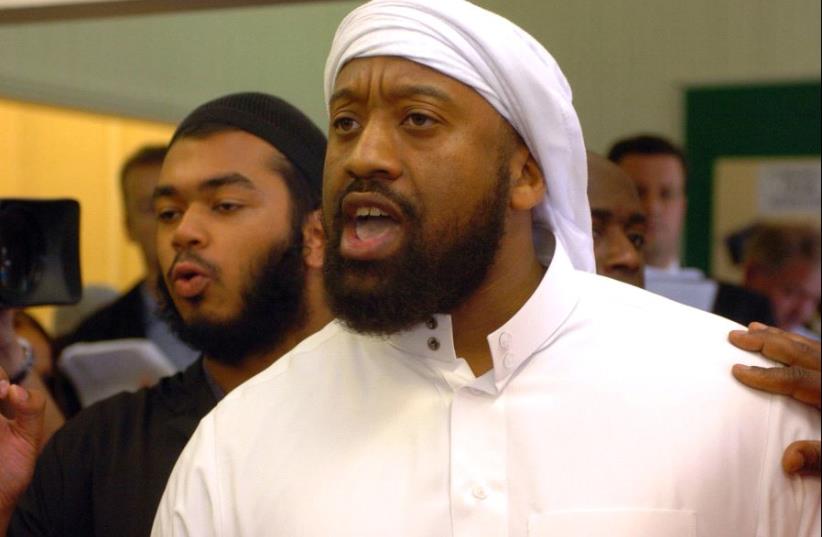 A British Muslim man who identifies himself as Abu Izzadeen, born Trevor Brooks, interrupts the speech of then Home Secretary John Reid in 2006
(photo credit: REUTERS)
Advertisement
Unconfirmed - British officials have not yet released the identity of the attacker suspected of killing at least three people and injuring many more in a terrorist incident outside of the UK parliament on Wednesday. However, media reports have emerged which cite the attacker as Abu Izzadeen, a spokesman for the Islamic extremist organization Al Ghurabaa. Others, on the other hand, have claimed that Abu Izzadeen could not have been the attacker as he is currently serving a prison term for a previous offense. An ABC reporter tweeted that she heard from Izzadeen's lawyer that he is still in jail:
Footage of people wounded on Westminister bridge in London amid attack near British parliament (credit: DAVID SCULLION / RADOSLAW SIKORSKI / REUTERS)

Trevor Brooks aka Abu Izzadeen's solicitor confirms to me that he is still in jail and cld not have been the attacker today at #Westminster
— Rym Momtaz ريم ممتاز (@RymMomtaz) March 22, 2017


According to The Guardian, Izzadeen, a British national, was jailed in 2008 for inciting attacks against American and British armed forces during the invasion of Iraq and funding terrorism. Izzadeen was born to a Christian Jamaican family as "Trevor Brooks", and the Guardian reported that he is believed to have been "radicalized" when he was 17, when he met Omar Bakri Muhammed and Abu Hamza. Meanwhile, The Telegraph reported that ISIS supporters have cheered the attack, saying it was "revenge" for British airstrikes on the terror group in Iraq and Syria.

Izzadeen, along with well-known Islamic extremist Anjem Choudary, appeared together in a youtube video published in 2015 urging Muslims not to vote in parliamentary elections as it is prohibited in Islam as shirk, an unforgivable crime. He also stated that Muslim members of Parliament were apostates. Izzadeen fervently advocated against Kufr (non-Muslim) law in the United Kingdom and cited lack of British intervention in Syria and the "Occupation of Palestine" as support for the "murder of children."