Brian Kilmeade, another Fox News host, said on the channel that Ailes “helped build Fox News Channel into the powerhouse it is today.” 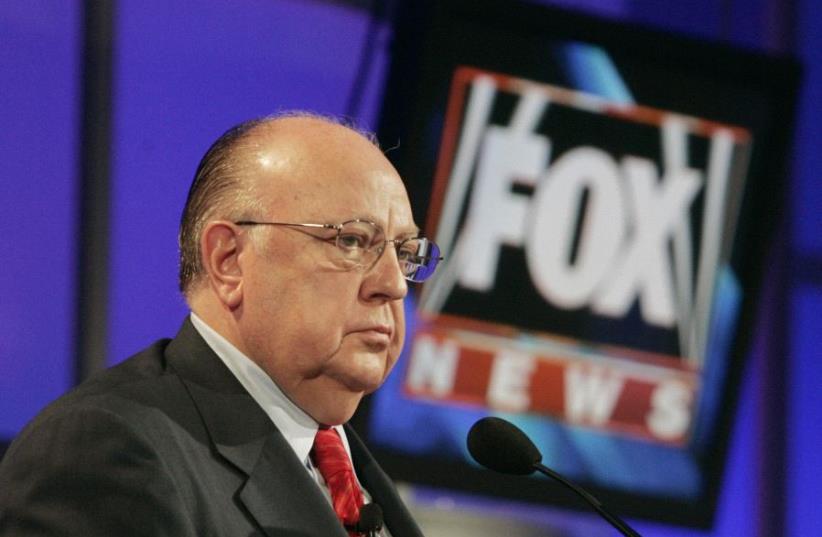 Roger Ailes
(photo credit: REUTERS)
Advertisement
Roger Ailes, former chief executive of Fox News Channel, has died at age 77, Fox New said on Thursday.Ailes resigned from Fox News last July following allegations of sexual harassment, marking an abrupt end to his 20-year reign over America's most lucrative and powerful cable news channel for conservatives.Fox News is owned by Rupert Murdoch's Twenty-First Century Fox Inc. Ailes received a severance package of about $40 million when he left Fox News, according to a source familiar with the situation, and went on to serve as an informal adviser to Murdoch.“Today America lost one of its great patriotic warriors," Fox News host Sean Hannity said on the channel on Thursday. "For decades, RA (Roger Ailes) has impacted American politics and media. He has dramatically and forever changed the political and the media landscape single-handedly for the better."Brian Kilmeade, another Fox News host, said on the channel that Ailes “helped build Fox News Channel into the powerhouse it is today.”Ailes' widow, Elizabeth Ailes, confirmed his death in a statement on the Fox News website."I am profoundly sad and heartbroken to report that my husband, Roger Ailes, passed away this morning," she wrote.Twenty-First Century Fox had no immediate statement.