Rogers Waters talks up decision to play in Russia

When asked if the decision to perform in Russia was a difficult one given his constant efforts to dissuade artists from performing in Israel, Waters answered, 'of course not.' 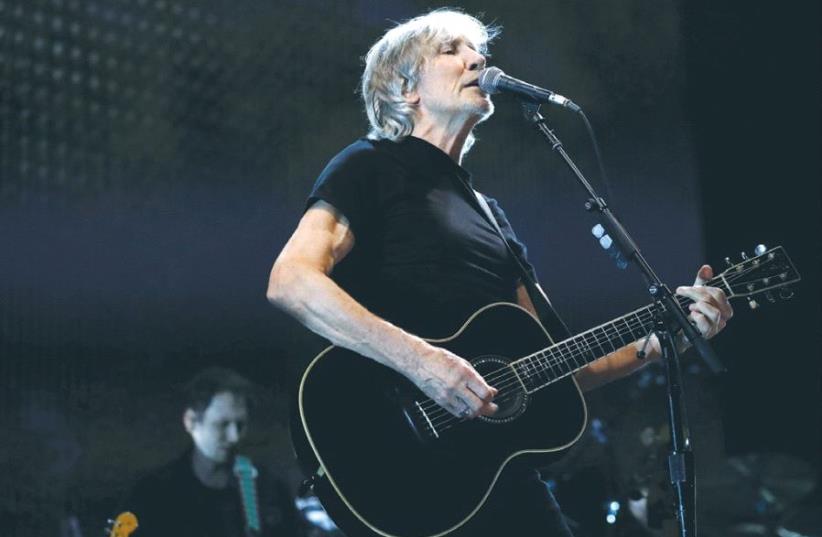 ROGER WATERS performs at the Staples Center in Los Angeles on June 20.
(photo credit: MARIO ANZUONI/REUTERS)
Advertisement
In the end of August, former Pink Floyd leader Roger Waters will play in Moscow and St. Petersburg as part of his "Us+Them" 2018 tour. In a interview for the Russian daily newspaper Izvestia, Waters discussed the preparations for the upcoming concerts. "For every country we try to do something special. For example, a flying pig appears in a concert and made circles over the Battersea powerhouse [in London]. On the pig it was written 'Stay human or die.' We want to translate this inscription into Russian."Waters raised concerns about power and economical struggles among leaders of the world's leading nations, especially concerning the nuclear deal. "We have stood on the threshold of the apocalypse so many times since 1945. It's just crazy that ordinary people from all over the world cannot come together and demand the destruction of all nuclear weapons, including in Israel. Israel does not admit, but it is understandable that they have it. This is all--a very strange and dangerous game played by the leaders of superpowers."In April of this year, Waters was once again in the spotlight for launching into a tirade against the Syrian volunteer rescuing group, White Helmets, whom he called a "fake organization" that created propaganda for "jihadists and terrorists." According to Waters, the organization published a fake video of a chemical attack that led the US, Britain and France to launch an air strike against Syria.In the interview with the Russian newspaper, Waters added that "This is just a chapter of a propaganda war that is trying to demonize Putin, Assad, Iran and so on."When asked if the decision to perform in Russia was a difficult one given his constant efforts to dissuade artists from performing in Israel and Russian's similar situation concerning Crimea, Waters replied, "of course not." As usual, Waters dodged from questions that could show his double-standards towards geopolitical conflicts, answering simply that he "knows that Sevastopol [Crimea's capital] is very important to Russia and many newspapers shows that Russia has all the rights to the city."After demonizing the usual countries and leaders in a rather superficial fashion, Waters finished the interview with a call for peace and empathy, "we must always remember that no matter how we look now and how we live, we are brothers and sisters."