Vitaly Churkin died one day before his 65th birthday. 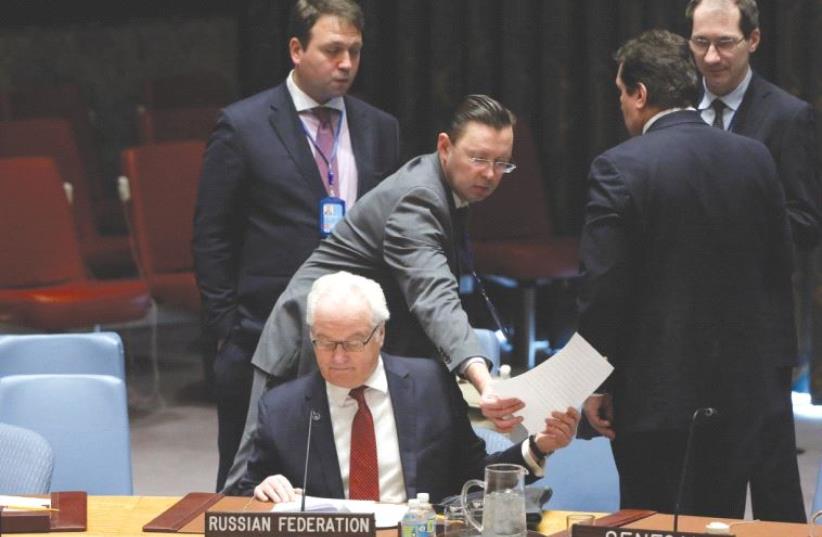 RUSSIA’S AMBASSADOR to the UN Vitaly Churkin sits in the security council chamber following a United Nations Security Council meeting.
(photo credit: REUTERS)
Advertisement
MOSCOW - Russia's ambassador to the United Nations, Vitaly Churkin, died suddenly at work in New York on Monday, the Russian Foreign Ministry said.The ministry gave no details on the circumstances of his death but offered condolences to his relatives and said the diplomat had died one day before his 65th birthday."The outstanding Russian diplomat passed away at his work post," it said.Farhan Haq, deputy spokesman for the UN secretary-general's office, said: "He has been such a regular presence here that I am actually quite stunned. Our thoughts go to his family, to his friends and to his government."Churkin was a pugnacious defender of Russian policy, notably its intensive bombing of the Syrian city of Aleppo last year to crush rebels opposed to President Bashar Assad.When then-US envoy to the UN Samantha Power accused Syria, Russia and Iran last year of bearing responsibility for atrocities there, Churkin said she was acting like Mother Teresa and forgetting her own country's track record in the Middle East.