Suicide bomber blamed for the death of 22 people is believed to have recently returned from Libya. 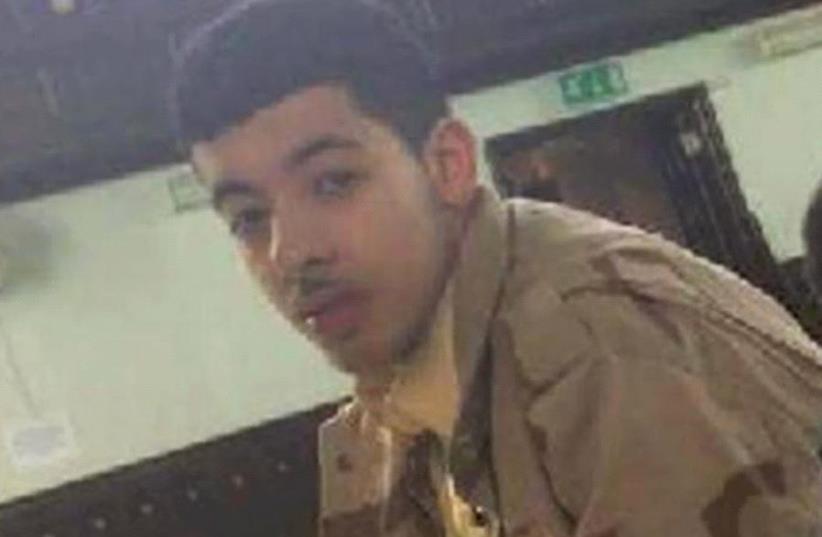 Salman Abadi, the man identified as the Manchester suicide bomber (handout)
(photo credit: HANDOUT)
Advertisement
MANCHESTER, England - The suspected suicide bomber who killed 22 people at a concert in Manchester, northern England, on Monday has been identified as 22-year-old Salman Abedi, British police said.Abedi was born in Manchester in 1994 to parents of Libyan birth, US security officials said, citing British intelligence officials. Prime Minister Theresa May confirmed Abedi was born and brought up in Britain.His parents emigrated from Libya to London before moving to the Fallowfield area of south Manchester, where they have lived for at least 10 years, the US officials said.Police raided a house in Elsmore Road in Fallowfield earlier on Tuesday.A US government source said investigators were looking into whether Abedi had traveled to Libya and whether he had been in touch with Islamic State militants there.The Times newspaper said Abedi was believed to have returned to Britain from Libya recently.
Manchester: eyewitness video shows chaos after blast (credit: REUTERS/"INSTAGRAM/_KHALD")
The University of Salford, based in Manchester, said in a statement that Abedi was one of its students and it was helping the police with their investigation.A 23-year-old man arrested by police in a separate move in south Manchester in connection with the attack on Tuesday was believed to be Abedi's brother, news reports said.Abedi had a sister named Jomana Abedi, the US security officials said.Abdalla Yousef, a spokesman for the Didsbury Mosque in Manchester, said Abedi's father and brother had prayed there but Abedi had worshipped at another mosque."I have managed to track down somebody who knows the family. He confirmed his father and sister and the rest of the family had moved to Libya and had moved there straight after the revolution after Gadaffi was killed," Yousef said.He said it was possible the brothers had traveled between the two countries since then.A trustee of the mosque, Fawzi Haffar, said Abedi's father was currently in Libya and had been there for a while.