Scarlett Johansson steps down as Oxfam ambassador amid SodaStream controversy

Actress ends relationship with charity following uproar over her ties with Israeli company whose main facility is in a West Bank settlement. 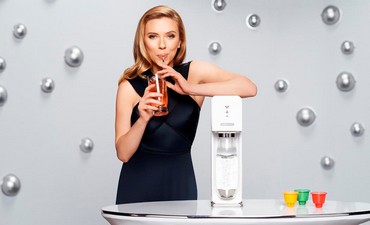 Scarlett Johansson officially stepped down from her position as global ambassador for the charity Oxfam on Thursday in favor of representing Israeli company SodaStream, which has a major production plant in the West Bank settlement of Ma'aleh Adumim. As part of a growing international BDS movement against Israel's settlement policy, pro-Palestinian groups had called on Oxfam to sever its ties with the actress. Johansson stepped down after the charity had expressed its disapproval of the actress's new role as spokesperson for SodaStream."Oxfam has accepted Scarlett Johansson’s decision to step down after eight years as a Global Ambassador and we are grateful for her many contributions," a statement on the Oxfam International website said."While Oxfam respects the independence of our ambassadors, Ms Johansson’s role promoting the company SodaStream is incompatible with her role as an Oxfam Global Ambassador."Johansson responded to pressure from Oxfam in a statement released to The Huffington Post on Sunday.“While I never intended on being the face of any social or political movement, distinction, separation or stance as part of my affiliation with SodaStream, given the amount of noise surrounding that decision, I’d like to clear the air,” she said.”I remain a supporter of economic cooperation and social interaction between a democratic Israel and Palestine. SodaStream is a company that is not only committed to the environment but to building a bridge to peace between Israel and Palestine, supporting neighbors working alongside each other, receiving equal pay, equal benefits and equal rights. That is what is happening in their Ma’aleh Adumim factory every working day.”Oxfam has previously stated its staunch opposition to all trade with Israeli settlements, which it considers illegal under international law."Oxfam believes that businesses, such as SodaStream, that operate in settlements further the ongoing poverty and denial of rights of the Palestinian communities that we work to support."The actress signed on to represent the Israeli company in January of this year.The SodaStream Super Bowl ad starring Johansson was was censored by Fox, the network airing Sunday's big game, for criticizing its main sponsors Coke and Pepsi, creating further buzz about the controversial company. JTA contributed to this report.