American legend wins her fourth successive grand slam title for the second time in her career. 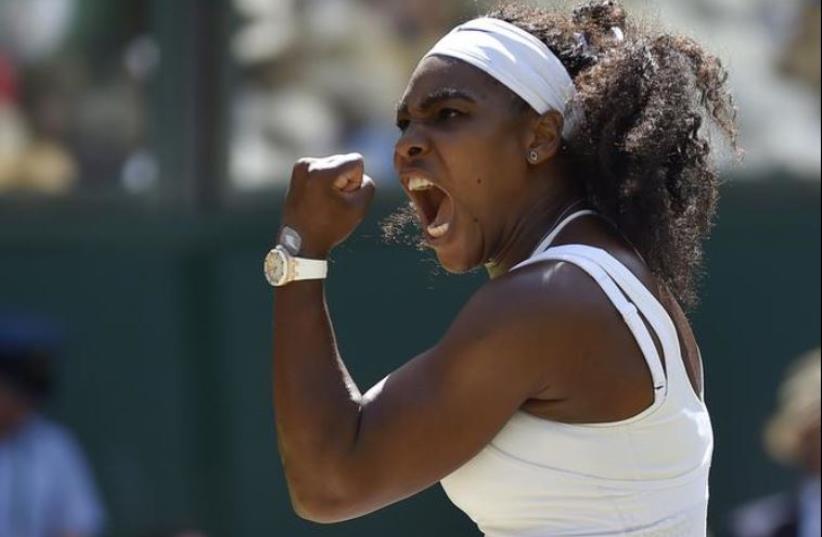 Serena Williams, July 11, 2015, Wimbledon
(photo credit: REUTERS)
Advertisement
Serena Williams claimed a sixth Wimbledon title and fourth successive grand slam crown by suppressing the spirited attacking instincts of 20th-seeded Spaniard Garbine Muguruza to win Saturday's final 6-4 6-4.American Williams reinforced her stranglehold on the women's game by overcoming an early wobble and resisting a battling fightback to claim a 21st grand slam title that leaves her one behind German Steffi Graf's record haul of professional era majors.The world number one was simply too powerful and too consistent for surprise 21-year-old finalist Muguruza, who began with a valiant positive approach but could not maintain her early high level.After losing a close first set and battling bravely to come back from 5-1 down in the second, the Spaniard was eventually downed after one hour and 23 minutes of combat, to leave Williams to receive the acclaim of the Center Crowd.Williams now holds all four majors at the same time -- the so-called 'Serena Slam' -- having also won the US, Australian and French Open titles.