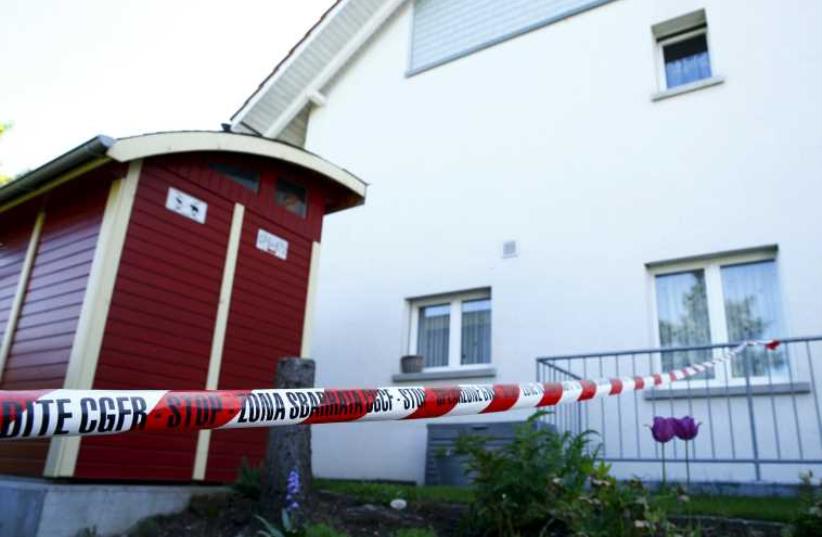 A police ribbon is seen in front of a house in Wuerenlingen, Switzerland May 10, 2015.
(photo credit: REUTERS)
Advertisement
Several people were killed in a shooting late on Saturday in a town in the Swiss canton of Aargau, local police said on Sunday.
Officers responding to reports of shots found several bodies in and around a residential building in Wuerenlingen, a community of roughly 4,500 people north-west of Zurich, police said in a statement.
All those killed were adults and an investigation is under way.Police told a news conference that five people were killed the shooting including the gunman, who knew his victims and was related to some of themA neighbor, who was also not identified, told Swiss newspaper Blick she heard four shots in succession fired very quickly, then two further shots after a pause. She had heard no screams, the tabloid reported.The residential area in which the shooting took place is made up of family houses, newspaper NZZ reported.