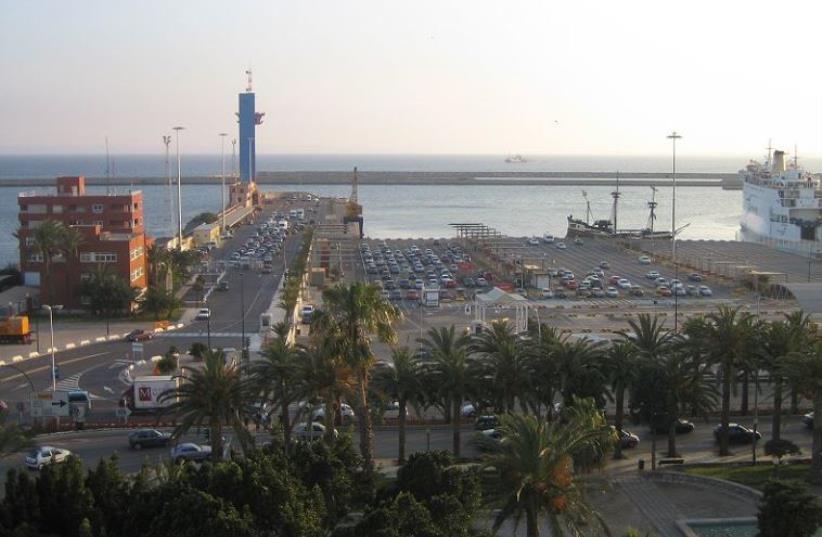 The Spanish ferry port of Almeria
(photo credit: Wikimedia Commons)
Advertisement
MADRID - A Moroccan man suffocated while being smuggled to Spain in a suitcase stowed in the boot of a car, the Spanish government said on Monday.The 27-year-old man, whose name was not made public, was found dead after the car arrived at the port of Almeria on a ferry from Melilla, a Spanish enclave in North Africa.The car's owner, the dead man's brother, was arrested for murder, a government spokesman in the city said.The brother raised the alarm about the stowaway's condition when the ferry docked in Spain but emergency services could do nothing to revive him.The Mediterranean has become the world's deadliest barrier for migrants and refugees, with 3,500 thought to have died at sea last year and almost 2,000 so far this year. Many are fleeing poverty and violence in the Middle East and Africa.Britain and France urged other European Union states on Sunday to help them tackle a growing crisis in northern France caused by thousands of migrants seeking to make illegal and dangerous crossings to Britain.