In an op-ed for the 'New York Times," the popular entertainer born to Muslim immigrants from India accuses Trump of spewing "vitriolic and hate-filled rhetoric." 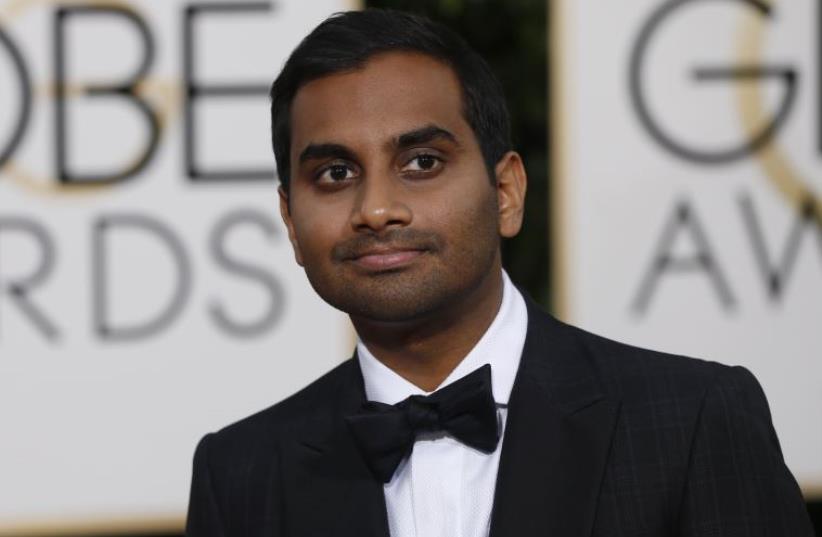 Actor Aziz Ansari
(photo credit: REUTERS)
Advertisement
Popular Muslim American comedian and actor Aziz Ansari says he has come to fear for his family in light of the recurrent incendiary speech made by Donald Trump against Muslims and minority groups in his presidential campaign.In an op-ed published in the New York Times on Friday, Ansari accused Trump of "spewing hate speech" which has lead to elevated levels of prejudice. "It’s visceral, and scary, and it affects how people live, work and pray," wrote Ansari. "It makes me afraid for my family. It also makes no sense."Born to Muslim immigrants from India, Ansari explained in his op-ed that he has recently experience a general feeling of consternation as a man of Muslim descent in American. While the 'Master of None' star describes himself as non-religious, he wrote that Muslim Americans already carry a "decent amount of baggage," pointing to negative representations in the media that perpetuate collective blame and suspicion."In our [American] culture, when people think 'Muslim,' the picture in their heads is not usually of the Nobel Peace Prize winner Malala Yousafzai, Kareem Abdul-Jabbar or the kid who left the boy band One Direction," he wrote. "It’s of a scary terrorist character from 'Homeland' or some monster from the news."  Fearing backlash against the Muslim community after the recent killing by a Muslim gunman of nearly 50 people in a gay night club in Orlando, Ansari urged his mother stay away from mosques and conduct her prayer at home. "As I sent that text, in the aftermath of the horrible attack in Orlando, Fla., I realized how awful it was to tell an American citizen to be careful about how she worshiped," the South Carolinian said. "Xenophobic rhetoric was central to Mr. Trump’s campaign long before the attack in Orlando," Ansari charged.  He also recounted how as a student at New York University in the wake of the September 11 attacks, a stranger in his car swore at Ansari while he was crossing the street and yelled "terrorist!""The vitriolic and hate-filled rhetoric coming from Mr. Trump isn’t so far off from cursing at strangers from a car window," Ansari wrote.Trump, who has proposed to ban Muslim immigrants from entering the US, "does nothing to address the real problems posed by terrorist attacks," Ansari stressed. Ansari joins a growing list of celebrities, including fellow comedian Louis CK, Jewish comedian Sarah Silverman, musician John Legend and author J.K. Rowling - to name a few - who have condemned the brash billionaire real-estate mogul in his run to the White House.