Turkey's foreign minister is convinced that Dutch politican Geert Wilders as well as his contemporaries are all of the same mindset, and will eventually "take Europe to the cliff." 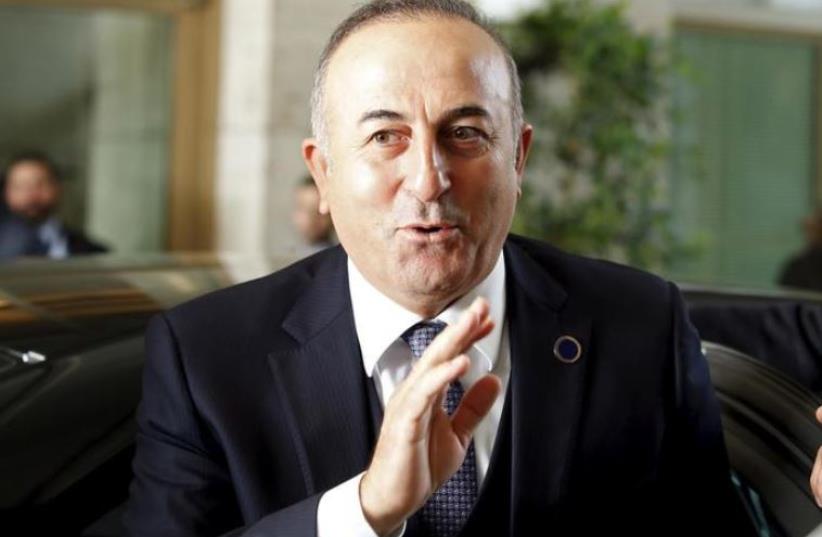 Turkey's Foreign Minister Mevlut Cavusoglu.
(photo credit: REUTERS)
Advertisement
ANKARA, March 16- Turkey's foreign minister said on Thursday Dutch anti-Islam politician Geert Wilders' views were shared by all rival parties and were pushing Europe towards "wars of religion," irrespective of his failure to win Dutch elections.Dutch center-right Prime Minister Mark Rutte fended off the challenge of Wilders to score an election victory hailed across Europe by governments facing a rising wave of nationalism.However, the reaction in Ankara - which has been locked in a deepening row with the Netherlands after the Dutch barred Turkish ministers from speaking to rallies of overseas Turks - was less sanguine.
Dutch riot police break up demonstration in Rotterdom in support of Turkish president Erdogan (Reuters)
"Many parties have received a similar share of votes. Seventeen percent, 20 percent, there are lots of parties like this, but they are all the same," Foreign Minister Mevlut Cavusoglu said at a rally in the southern city of Antalya."There is no difference between the mindsets of Geert Wilders and social democrats in the Netherlands. They all have the same mindset...That mindset is taking Europe to the cliff. Soon wars of religion may and will start in Europe."Turkey on Monday suspended high-level relations with the Netherlands after it cited public safety in banning ministers from addressing expatriate Turks in a campaign for a referendum that would give President Tayyip Erdogan sweeping new powers.Erdogan, who is counting on the backing of overseas Turks in the April 16 vote, accused the Dutch government of acting like "Nazi remnants."