Allegations of a conflict of interest between Blair’s role as Quartet envoy and the business interests of his private consultancy firm have dogged him intermittently over the last number of years. 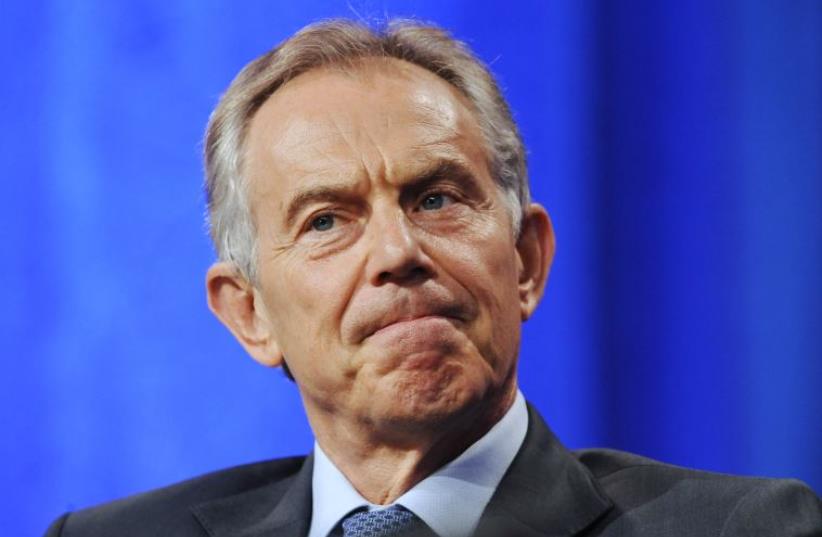 Tony Blair
(photo credit: REUTERS)
Advertisement
The United Arab Emirates paid former British prime minister Tony Blair millions of pounds when he served as envoy for the Quartet mediating between Israel and the Palestinians, according to a report in The Sunday Telegraph.Neither the Foreign Ministry nor the Prime Minister’s Office responded on Monday to the report.The British broadsheet newspaper said Blair received millions of pounds in consultancy fees from the UAE as he was trying to mediate Israeli-Palestinian peace. The report said he also received fees from the sovereign wealth fund of the UAE capital, Abu Dhabi.In addition, according to a report on Monday in the Daily Mail, the UAE helped fund Blair’s office in London while he was the Quartet envoy.The Quartet – made up of the US, EU, Russia and the UN – was established in 2002 to facilitate the Israeli-Palestinian diplomatic process. Blair served as the group’s envoy from 2007 until 2015.The report about the UAE funds raises potentially troubling questions about the objectivity of Blair during the time he served as the Quartet envoy. Nevertheless, the former British prime minister is held in high esteem in Jerusalem as a close friend and staunch supporter.Allegations of a conflict of interest between Blair’s role as Quartet envoy and the business interests of his private consultancy firm have dogged him intermittently over the last number of years.That Daily Mail report quoted a spokeswoman for Blair as saying that money he received from the UAE paid for the travel expenses for him and his staff. During his time as envoy, Blair made dozens of trips to and from the Mideast.“As has already been publicly acknowledged, the UAE have supported the work of Mr. Blair over the years including his work on governance – now done solely on a not-for-profit basis – in countries like Colombia and Serbia,” the spokeswoman was quoted as saying. “In addition, they contributed to the costs of Mr. Blair and his London-based staff for the work he and they did for the Quartet role, particularly travel. None of this money went to Mr. Blair personally. It was quite separate from the funding of the Office of the Quartet Representative in Jerusalem, which Mr. Blair also raised from a range of different governments.”