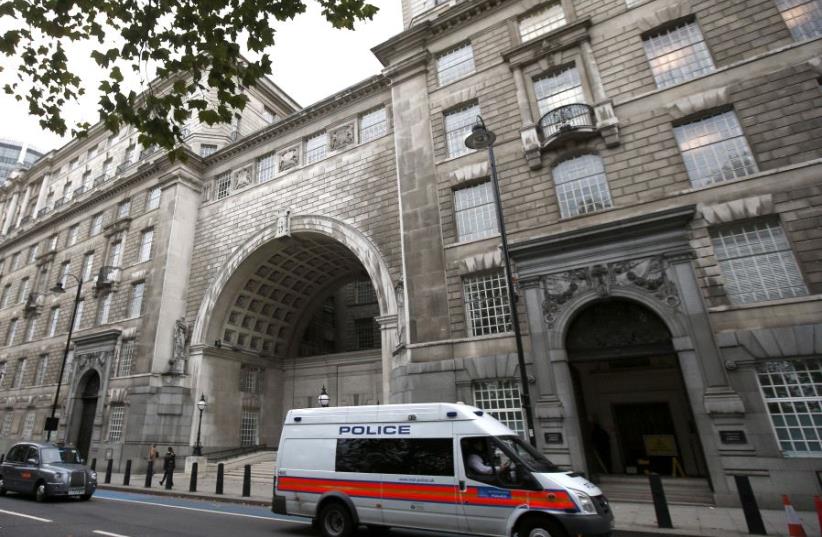 Thames House, the headquarters of the British Security Service (MI5) is seen in London, Britain
(photo credit: REUTERS)
Advertisement
Britain's MI5 is to hold an inquiry into how it dealt with public warnings that the Manchester suicide bomber Salman Abedi posed a potential threat, the BBC reported on Monday.MI5 was alerted to Abedi's extremist views at least three times, the BBC said.It is highly unusual for British authorities to make public that the security service is conducting an internal investigation into possible lapses.
UK police arrest fifth person in connection with Manchester attack (credit: REUTERS)
Interior Minister Amber Rudd told Sky News that this was a "right first step" for MI5 to take in the wake of the bombing that killed 22 people at a pop concert by U.S. singer Ariana Grande.The security service will examine assumptions that were made about Abedi before the attack, and has launched a "post-incident investigation" into how the bomber was overlooked, the BBC said.A separate report is also being prepared for ministers and those who oversee the work of the service, it added. A source had told Reuters last week that Abedi was one of "a larger pool of former subjects of interest" whose risk remained subject to review by MI5.Police on Monday arrested a 16th person in connection with the Manchester suicide bombing, the deadliest attack in Britain for 12 years.