The Nate D. Sanders Auctions in Los Angeles is set to start online bidding at $15,000 for the 4-page letter by the 27th US president to DC-based Jewish journalist Gus J. Karger. 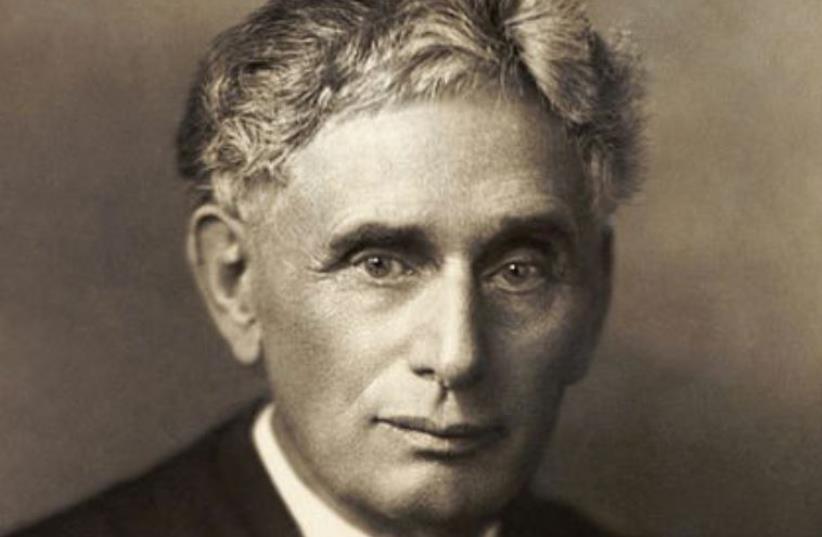 Louis Brandeis
(photo credit: HARRIS & EWING/US LIBRARY OF CONGRESS/WIKIMEDIA COMMONS)
Advertisement
A biting, 100-year-old letter penned by former US president William Howard Taft in opposition to the nomination of America's first Jewish Supreme Court justice, Louis Brandeis, is due to be auctioned on Thursday. Taft's letter was dated January 31, 1916, just two days after then-US president Woodrow Wilson tapped Brandeis for the prestigious position. The Nate D. Sanders Auctions in Los Angeles is set to launch the online auction of the four-page letter Taft wrote to Washington-based Jewish journalist Gus J. Karger. Bidding on the item is due to start at $15,000. Taft, who apparently felt slighted after being passed over for the vacant Supreme Court post, is considered to have been the most prominent public figure to oppose Brandeis' nomination.While historians have suggested that much of the opposition to the nomination of Brandeis to the court was based on anti-Semitism, the auction house has painted the historical document as an "anti-Semitic letter."In what is said to be one of the first letters in which the 27th US president and 10th US Supreme Court chief justice voiced his fierce objection to the appointment, Taft lashed out at Brandeis, calling him "cunning," a "hypocrite" and a "power for evil." He also condemned Wilson for what he said was the president's "Machiavellian" and "satanic skill" in making the selection.Taft's letter also included various references to Brandeis' religion and what could be considered offensive remarks regarding the "clannishness" of the American Jewish population, which he asserted would prevent the community from collectively opposing Brandeis. The Kentucky-born Jewish lawyer Brandeis had served as a top political advisor for Wilson and helped develop the administration's "New Freedom" economic initiatives.Wilson's appointment of Brandeis was seen as controversial in the midst of a tough reelection campaign. In 1913, anti-Semitic opposition allegedly prevented Wilson from appointing Brandeis as attorney-general. On June 1, 1916, the US Senate voted in favor of Brandeis' appointment by a 47-22 vote, making him the first Jewish Supreme Court justice.