Ambassador de Crombrugghe was also elected to fill the post of Rapporteur. 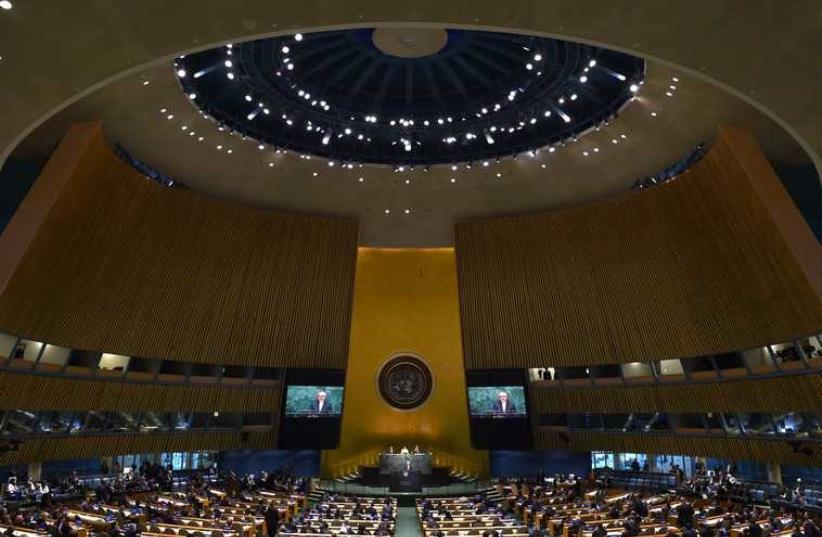 Iran's Foreign Minister Mohammad Javad Zarif addresses the 2015 Review Conference of the Parties to the Treaty on the Non-Proliferation of Nuclear Weapons at the United Nations
(photo credit: TIMOTHY A. CLARY / AFP)
Advertisement
The United Nations Human Rights Council on Monday elected Ambassador Choi Kyong-lim, Permanent Representative of the Republic of Korea to the United Nations in Geneva, to serve as its President starting as of January 1, 2016.   Kyong-lim will replace current UNHRC President Ambassador Joachim Ruecker of Germany.The Council also appointed Ramón Alberto Morales Quijano, Panama, Janis Karklinš of Latvia, Negash Kebret Botora of Ethiopia, and Bertrand de Crombrugghe of Belgium to the positions of Vice Presidents to the United Nations’ leading human rights body.  Ambassador de Crombrugghe was also elected to fill the post of Rapporteur.  All five candidates will serve as members of the Human Rights Council Bureau throughout 2016. Ruecker stated: “Our work is important to many people; in particular the many victims of human rights violations and abuses, the many oppressed the many poor and the many suffering from conflict, crisis and terror.” The UNHRC is viewed by Israel as biased against it and Israel refused to cooperate with a Commission of Inquiry sponsored by it which produced a major report in June about the 2014 Gaza war.