US homeland security proposes face scans for US citizens

"Travelers, including U.S. citizens, should not have to submit to invasive biometric scans simply as a condition of exercising their constitutional right to travel," he said. 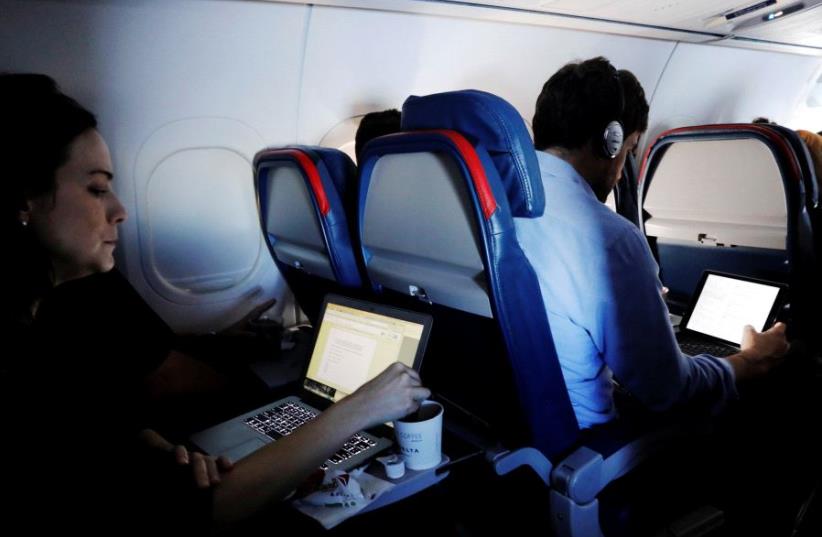 Passengers use their laptops on a flight out of John F. Kennedy (JFK) International Airport in New York, U.S., May 26, 2017. Picture taken May 26, 2017.
(photo credit: REUTERS)
Advertisement
The Trump administration intends to propose a regulation next year that would require all travelers - including U.S. citizens - to be photographed when entering or leaving the United States, according to the administration's regulatory agenda.

The proposed regulation, slated to be issued in July by the Homeland Security Department, would be part of a broader system to track travelers as they enter and exit the United States.

The plan has already drawn opposition from some privacy advocates. Jay Stanley, a senior policy analyst with the American Civil Liberties Union, blasted the idea in a written statement on Monday.

"Travelers, including U.S. citizens, should not have to submit to invasive biometric scans simply as a condition of exercising their constitutional right to travel," he said.

The Trump administration contends in its regulatory agenda that the face scan requirement will combat the fraudulent use of U.S. travel documents and aid the identification of criminals and suspected terrorists.

The public typically has 30 to 60 days to comment on a proposed U.S. regulation. The federal agency then needs to review and respond to comments, a process that can be time-consuming for major regulations.

The Trump administration also said in its regulatory agenda that it plans to issue a separate fast-track regulation this month that would allow the entry-exit project to move beyond a pilot status.

U.S. Customs and Border Protection, which is part of DHS, has already conducted pilot programs that collect photographs and fingerprints from foreign travelers.

A 2018 internal audit found technical and operational problems during a pilot program at nine U.S. airports. The problems raised questions about whether DHS would meet a self-imposed deadline to confirm all foreign departures at the top 20 U.S. airports by fiscal year 2021.

The non-partisan Pew Research Center estimated in 2006 that 45 percent of immigrants in the United States without legal status entered on a valid visa but did not depart when it expired.