US parents in shock after Hitler, Stalin, ISIS leader quoted in yearbook

Parents of students at Quaker Valley High School in Pennsylvania were shocked to discover quotes from some of humanity's most evil tyrants in the annual yearbook. 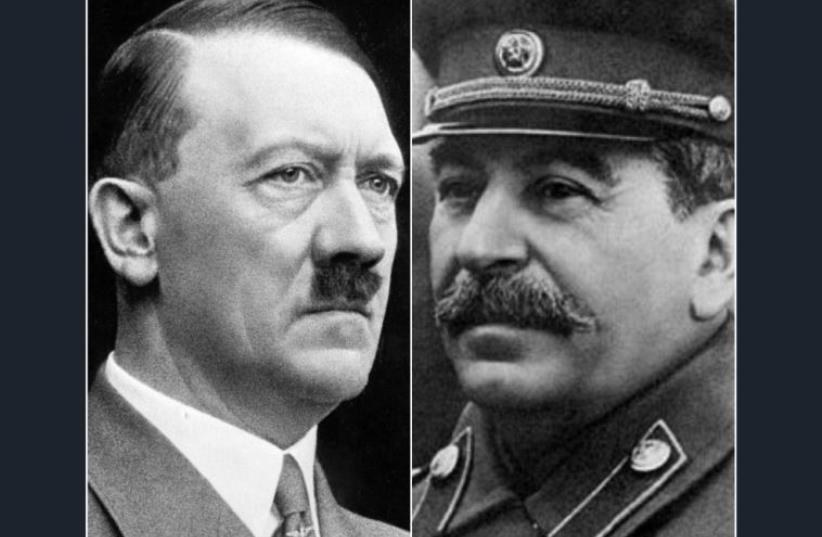 Adolf Hitler and Joseph Stalin
(photo credit: Courtesy)
Advertisement
Parents of students at Quaker Valley High School in Pennsylvania were shocked to discover quotes from some of humanity's most evil tyrants in the annual yearbook.According to a report in the Pittsburgh Tribune-Review, Quaker Valley School District administrators were forced to apologize to parents who complained about quotations from Adolf Hitler, Joseph Stalin, and Islamic State leader Abu Bakr al-Baghdadi that were cited by graduating students in the yearbook.“This is a regrettable mistake, as the school district would never knowingly condone this messaging in a school-sponsored publication,” read a statement issued by school officials. “We are well aware of the emotions this has conjured in many of our students and their families, and for that we are sorry.”“Though the content of the quotes was reviewed thoroughly, the attributions clearly were not,” the statement said.The three citations were: “Words build bridges into unexplored regions,” a quote attributed Hitler; “Ideas are more powerful than guns. We would not let our enemies have guns, so why would we let them have ideas?” attributed to Stalin; and “Be just: the unjust never prosper. Be valiant. Keep your word, even to your enemies,” attributed to al-Baghdadi.