Vote for the biggest international news event of 2010

By JPOST.COM STAFF
Planet Earth 311
(photo credit: Courtesy)
Advertisement
The year 2010 brought many major news events in Israel and the Middle East, and across the globe. This year, we're asking Jpost readers to vote for the biggest news events of 2010, for our special end-of-year summary. Vote now for the international category:Haiti's devastating earthquake 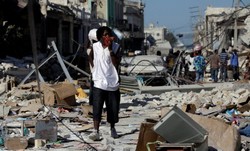 Haiti EarthquakeOn January 12, 2010, a magnitude 7.0 earthquake hit Haiti, with an epicenter approximately 25 km west of Port-au-Prince. Approximately three million people were affected by the quake; an estimated 230,000 died, 300,000 were injured and 1,000,000 were displaced. The Haitian government also estimated that 250,000 residences and 30,000 commercial buildings collapsed or were severely damaged by the quake.Many countries responded to calls for humanitarian assistance; from Israel, the IDF, ZAKA and IsraAid, among other organizations, sent personnel and supplies to help with rescue and aid efforts. Delays in aid distribution led to angry appeals from aid workers and survivors, and looting and sporadic violence were also reported. Europe's volcanic ash cloud 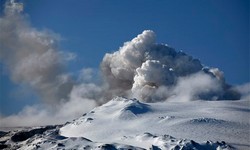 Volcano
Seismic activity in Iceland's Eyjafjallajökull volcano started at the end of 2009, and increased gradually until the end of March 2010. On April 14, 2010, the eruption started a second phase, which resulted in a volcanic ash cloud which covered Europe, with most airports and airspace closing until April 20.Thousands of passengers were stranded in airports around the world as a result of the ash cloud. In Israel, the ash passed over at 20,000 feet (6,100 meters), spreading south and east.Chilean miners' rescue 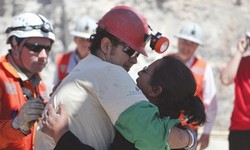 Chilean MinersThe last of the 33 Chilean miners who were trapped underground for 69 days was rescued on October 14, 2010. No one has ever been trapped so long and survived. Luis Urzua ascended smoothly through 2,000 feet of rock, completing a 22½-hour rescue operation that unfolded with remarkable speed and flawless execution, before a jubilant crowd of about 2,000 people.The rescue operation, which riveted the world, exceeded expectations every step of the way. Officials first said it might be four months before they could get the men out; it turned out to be 69 days and about 8 hours.Once the escape tunnel was finished, they estimated it would take 36 to 48 hours to get all the miners to the surface. That got faster as the operation went along, and all the men were safely above ground in 22 hours, 37 minutes.The miners have accepted an Israeli invitation to visit the Holy Land for Christmas.US Republican House victory 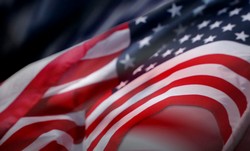 American FlagRepublicans rode a wave of voter discontent and conservative outrage to capture a House of Representatives majority from US President Barack Obama's Democrats on November 2, 2010, rolling up historic gains and ending the Democrats' reign after just four years.The Republican victory eclipsed their 54-seat pickup when they retook the House in 1994 for the first time in 40 years and the 56-seat Republican gain in 1946. Democrats had captured only 2 Republican seats.The Republican party — energized by the ultraconservative tea party movement and voter disillusionment with Obama, incumbents and high unemployment — captured 58 seats by early Wednesday from Democrats, easily exceeding the 40 needed to gain a majority.Republicans piled up their biggest House gains since they added 80 seats in 1938, during the Depression.The latest WikiLeaks releases 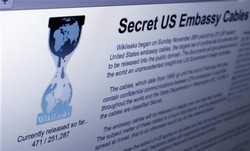 Wikileaks
The staggered release of more than 250,000 classified US State Department documents, starting on November 28, 2010, continues to unearth new revelations about long-simmering nuclear trouble spots, detailing US, Israeli and Arab world fears of Iran's growing nuclear program.The cables also unveil bluntly candid impressions from both diplomats and other world leaders about America's allies and foes. While the full impact of the leaks is perhaps yet to be felt, almost every country the world over has felt the impact of WikiLeaks founder Julian Assange's project.Do you have a different nomination for biggest international news story of 2010? Post a talkback below