By REUTERS
CCTV footage purportedly shows female suspect of Paris shooting at Istanbul airport.
Advertisement
Footage from a surveillance camera obtained by Turkish Haberturk newspaper on Monday purportedly showed the female accomplice of Islamist militants behind attacks in Paris, Hayat Boumeddiene at Istanbul's Sabiha Gokcen airport on January 2.Footage showed Boumeddiene wearing a white veil and accompanied by a man identified as Mahdi Sabri Belhoucine by the police, arriving at a passport control point and going through security.She was believed to cross into Syria from the Akcakale border crossing in the southeast province of Sanliurfa and the last signal from her mobile phone was received from the Syrian town on Tel Abyad across Turkey's Akcakale crossing, Haberturk newspaper reported.Turkish Interior Minister Efkan Ala, said on Monday that the suspect was not stopped upon her arrival to Turkey because there was no notice from France. 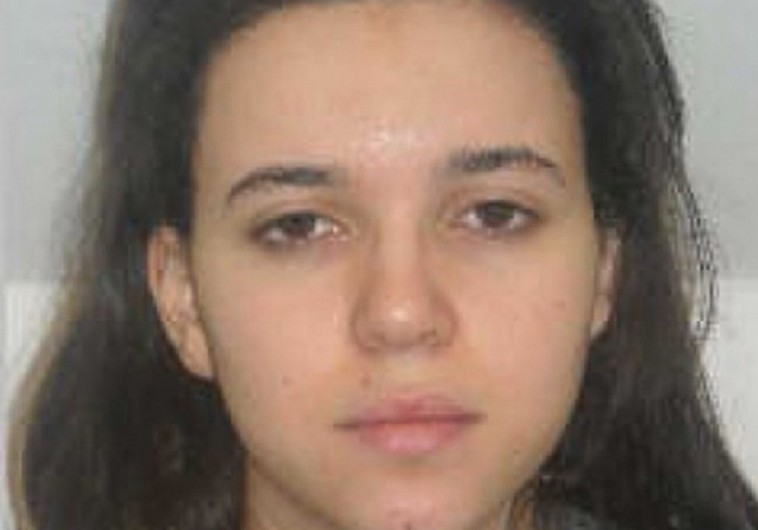 Hayat Boumeddiene.(photo credit: screenshot)
The suspected female accomplice of Islamist militants behind the attacks in Paris was in Turkey five days before the killings and crossed into Syria on Jan. 8, Foreign Minister Mevlut Cavusoglu was cited as saying on Monday by state-run Anatolian news agency.French authorities launched a search for 26-year-old Hayat Boumeddiene after French anti-terrorist police killed her partner Amedy Coulibaly in storming a Jewish supermarket where he had taken hostages. They described her as armed and dangerous.Anatolian, on its website, cited Cavusoglu as saying in an interview she had arrived in Istanbul from Madrid on Jan. 2. Turkey had received no request from Paris to deny her access.Cavusoglu told Anatolian that there was video footage of Boumeddiene at the airport. He also said she stayed at a hotel with another person and that phone records showed she crossed into Syria on January 8.Those dates would put Boumeddiene in Turkey before the violence in Paris began, and leaving for Syria while the attackers were still hiding from police.Coulibaly said he was carrying out the attack in the name of Islamic State, a militant Islamist group that has seized swathes of territory in Iraq and Syria.Seventeen people, including journalists and policemen, were killed in three days of violence that began with the storming of the satirical newspaper Charlie Hebdo on Wednesday, Jan. 7, and ended with a hostage-taking at a kosher supermarket on Friday when four hostages were killed.The three gunmen were killed and there was some confusion at first as to whether Boumeddiene had been present in the supermarket when police stormed it, and had escaped.Turkish Prime Minister Ahmet Davutoglu said on Monday Turkey should not be blamed for allowing the suspect into Turkey.Turkey has deported between 1,500 and 2,000 foreign nationals whose names have appeared on a black list of 7,000 people provided by international intelligence agencies, he said at a news conference in Berlin with German Chancellor Angela Merkel.