In an interview with Australia's Sunday Herald Sun newspaper, a woman claiming to be the suspect's sister insisted that her brother was just a "keyboard warrior," adding that "he would not hurt a fly." 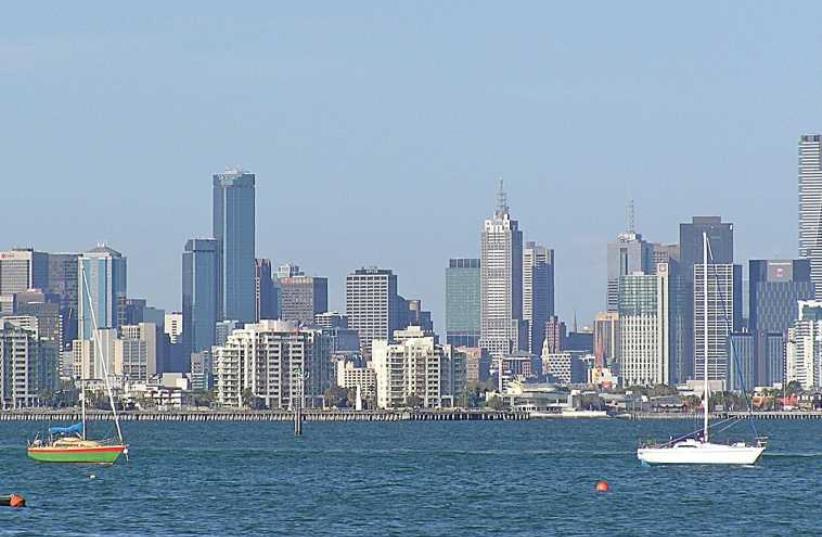 Melbourne, Australia
(photo credit: Wikimedia Commons)
Advertisement
Australian police investigating a plot to blow up a public event in Melbourne claimed on Sunday that the suspect involved, 17, was "well advanced" in his plan. According to AFP, officers charged the youth, who was arrested during a raid on Friday, with plotting the attack based on their discovery of a "improvised explosive device" in his family's home, north of Melbourne in the suburb of Greenvale. "We do believe the young man intended to explode the device at an event over the coming days," said Tim Cartwright, Victoria state's acting police chief. Cartwright did not indicate which event is thought to have been the target but reports from over the weekend indicated that Sunday's Mother's Day celebrations may have been the bomb's destination had the plan gone un-thwarted. Australian police are also considering the possibility that the suspect, whose identity has not been divulged to the public, was radicalized online."Overseas recruiters and, more broadly, social media are a real challenge for us, a challenge we haven't seen in the past," said Cartwright."The Internet provides people with opportunities to radicalize from across the world. It is a real concern for us," he added.In an interview with Australia's Sunday Herald Sun newspaper, a woman claiming to be the suspect's sister insisted that her brother was just a "keyboard warrior," adding that "he would not hurt a fly."In another interview, however, a friend of the suspect told the newspaper that the suspect had become "very religious, conservative" in the past year.Australia, which had raised its threat level to high last September, has faced a string of terror related incidents. According to figures, some 100 of its nationals have departed to Syria and Iraq to join the Islamic State group.Recently,  two other Melbourne teenagers were arrested after their plot to attack commemorators on Anzac day, an event honoring fallen Australian soldiers, was also uncovered. In December 2014 a gunman, Man Haron Monis, who had reportedly pledged allegiance to the Islamic State group, took 18 hostages at the Lindt chocolate cafe, forcing them to hold an Islamic banner against the store window. The siege ended after a sixteen hour standoff when Australian security forces raided the shop. Two hostages as well as the gunmen were killed in the incident.