Wreckage of missing US helicopter found in Nepal

"As the helicopter has broken into pieces and totally crashed there is no chance of any survivors." 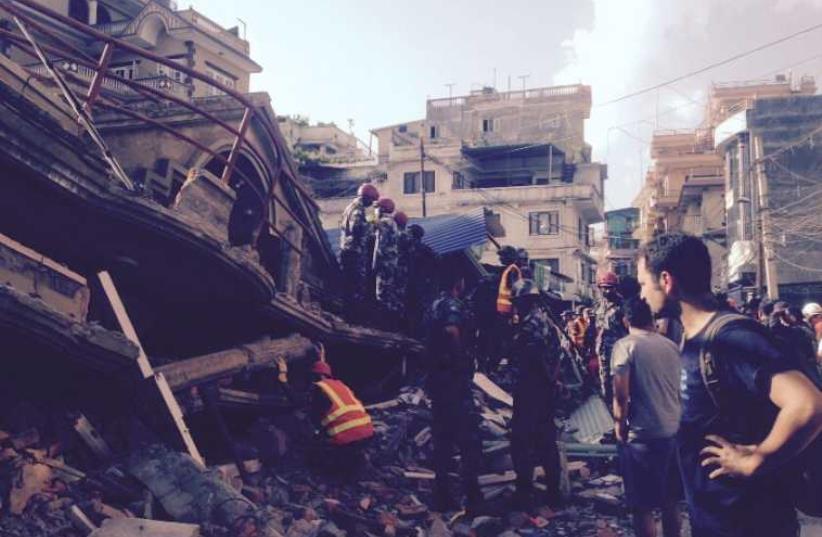 Rescue workers search the rubble in Nepal, May 12, 2015
(photo credit: ISRAAID)
Advertisement
KATHMANDU- The wreckage of a US military helicopter that went missing on Tuesday in Nepal has been found on a mountainside, a Nepali army general said on Friday.The Marines helicopter that crashed on a mountainside in Nepal was completely destroyed and there were no survivors among the eight on board, the country's top defense official said on Friday.Three charred bodies were found in the wreckage of the UH-1Y Huey that went missing on Tuesday on a mission to deliver aid to earthquake victims, Defense Secretary Ishwori Prasad Paudyal told Reuters.Six Marines and two Nepali soldiers had been on board."The search for others is continuing. As the helicopter has broken into pieces and totally crashed there is no chance of any survivors," Paudyal said, relaying information from the Nepali army.The helicopter had been charged with delivering aid to the victims of the two earthquakes that hit Nepal in the span of three weeks. The first quake, which struck on April 25 with a magnitude of 7.8, killed 8,199 people. The toll from Tuesday's 7.3 magnitude aftershock has risen to 117, with many victims in the Dolakha district east of Kathmandu where the US chopper was lost.The combined toll is approaching the number of just over 8,500 who died in an earthquake in 1934, the worst ever natural disaster to hit the poor Himalayan nation.Nepal has mobilised 600 soldiers to search for the Huey, which had six Marines and two Nepali soldiers on board when it went missing after the crew was heard over the radio saying that the aircraft was experiencing a fuel problem.Two US Hueys, two MV-22B Osprey tilt-rotor planes and Nepali and Indian choppers had been involved in the search."We are trying to air drop our troops to the spot. It is windy," Basnet said. "About 40 ground forces are also going towards the site. It will take them up to 1-1/2 hours to reach."