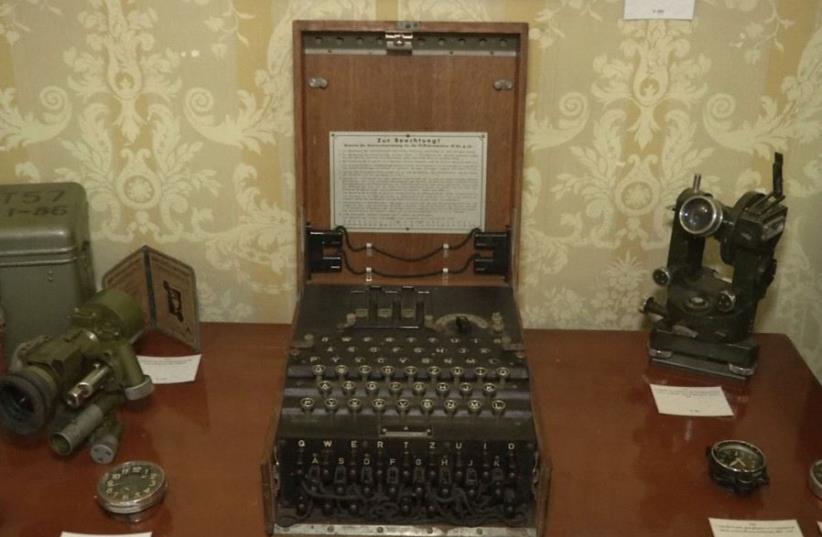 Bought for 100 euros, World War Two Enigma machine sells for 45,000
(photo credit: screenshot)
Advertisement
Someone in Romania thought he'd made a fair amount of money when he sold an old typewriter for 100 euros at a flea market. He was wrong.The "typewriter" was, in fact, a German Wehrmacht Enigma I, a World War Two cipher machine, and the collector who bought it put it up for sale at the Bucharest auction house Artmark with a starting price of 9,000 euros ($10,300).On Tuesday, Artmark sold it to an online bidder for 45,000 euros.Romania was an ally of Nazi Germany until 1944, when it switched sides to the allies. Historians say it may host many other cryptographic machines not yet discovered.Last month, Christie's New York Books set a world auction record of $547,500 with its sale of a "four-rotor Enigma cipher machine, 1944," to an online bidder.The Enigma was used to encode and decode messages sent by the various branches of the Nazi military, but the British mathematician Alan Turing and his team at Britain's wartime codebreaking center, Bletchley Park, cracked the codes. By some estimates, their work shortened the war by two years.