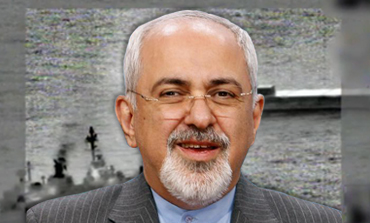 The IDF’s interception Wednesday of the ship bound for the Gaza Strip laden with Iranian-supplied missiles, came just a day after Prime Minister Binyamin Netanyahu's speech to AIPAC in which he strongly condemned Iran for standing on the “other side” of the world’s moral divide – the side “steeped in blood and savagery” “Did you ever hear about Iran sending a humanitarian delegation overseas? No?” Netanyahu said during his speech. “You know why? You know why you haven’t heard anything about that? Because the only thing that Iran sends abroad are rockets, terrorists and missiles to murder, maim and menace the innocent.” Earlier on Thursday, Amir Abdollahian, Iran's Deputy Foreign Minister for Arab and African Affairs said, "This allegation is not true and in principle the message or movement of a ship carrying weapons from Iran to Gaza is not true,"  according to official state news agency IRNA."The allegation is merely based on repetitious and baseless fabrications of the Zionist media," he added.The Islamic Revolutionary Guards Corps (IRGC), Iran's military arm which answers directly to Supreme Leader Ayatollah Ali Khamenei rather than to the president, has also rejected the reports, according to IRNA. Herb Keinon contributed to this report.