The cause of the fire is being investigated. 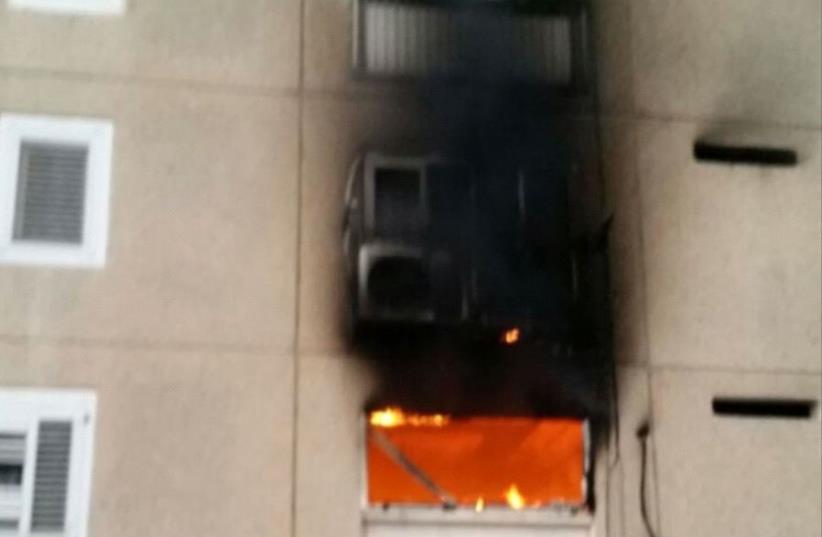 Apartment fire in Dimona
(photo credit: DOR RAMON/ MDA)
Advertisement
A fire broke out in an apartment building in the southern Israeli city of Dimona early Monday morning. The fire, which started on the first floor and worked its way up to the fourth floor, left 21 injured including a number of children. Many of the injured suffered smoke inhalation and were taken to Soroka University Medical Center in Beersheba for treatment. Among the injured three were moderately hurt and 18 were lightly injured. Apartment residents were instructed to shut the doors to there apartments and remain inside. The cause of the fire is being investigated.