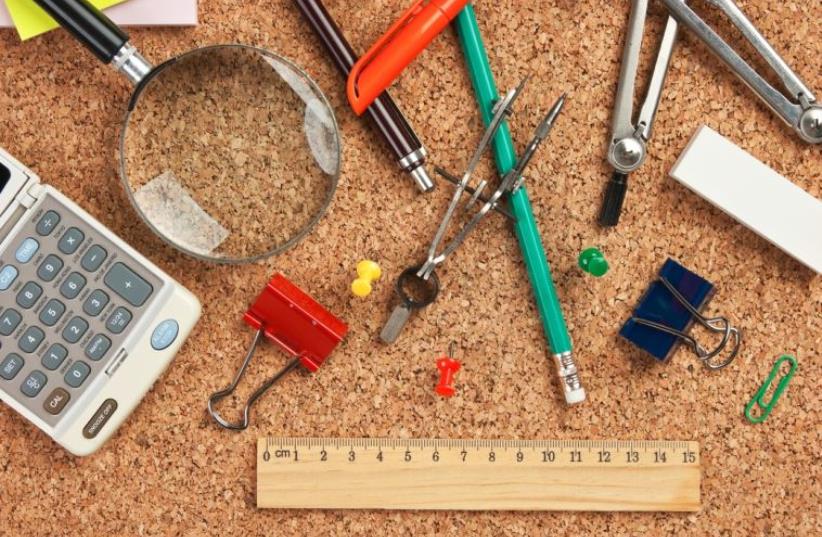 school supplies
(photo credit: INGIMAGE PHOTOS)
Advertisement
The dozens of Christian schools that operate in Israel are in danger of not being able to operate this coming school year, according to the Committee of Christian Schools in Israel.The schools currently operate in a similar fashion to the ultra-Orthodox schools, in that they are recognized by the state, but are not part of the official system. The freedom from the system allows the schools to appoint their own principals and teachers, have authority over their own buildings, and create their own curriculum according to their religious beliefs and values.Education Ministry suggestions to enter the officially recognized school system have been rebuffed by the Christian schools, as they would lose control over these aspects of their schools, a loss that is seen by the schools as a danger to the teaching of Christian values.Since 1993, an agreement between Israel and the Vatican has been in place, in which Israel promised not to change the status quo of the Church's institutions in Israel.Despite that promise, the schools, providing education to some 30,000 Christian and Muslim pupils, have had funding from the Education Ministry cut by some 45 percent over the past decade.To deal with the cuts, the Christian schools raised school fees to an average of NIS 4,500 a year per student. This cost is cumbersome on the parents, according to the committee, particularly because many of the families are from lower than average socio-economic backgrounds.The Education Ministry dealt a further blow to the schools this past year, when it decreed a limit of NIS 2,500 per pupil per year as the maximum amount schools are allowed to charge parents."The Education Ministry is financially strangling the Christian schools that have existed for hundreds of years. On the one hand, the support the schools receive from the state is minimal, and in parallel, the Education Ministry is limiting and decreasing the parents' payments," said Father Abdel Masih Fahim, president of the committee of Catholic schools."The Education Ministry is systematically closing the only oxygen taps that allow the school to exist," he added.According to the committee, the Education Ministry is also refusing to implement the Supreme Court decision from earlier this year regarding budget cuts to unofficial institutions, a ruling that obligated the ministry to return 70% of the money that was cut in the 2013/14 school year. The Christian schools fall under the same category as the schools who brought the suit, but were not party to the suit and therefore are being denied by the ministry.In the letter from Masih Fahim to Education Minister Naftali Bennett last month, the schools are demanding that their budgets be equal to other schools that are unofficial but recognized by the ministry, such as the ultra-Orthodox schools.They are also demanding that at least NIS 10 million be returned to the budget for the schools, that the schools be allowed to join the "Ofek Hadash" (New Horizons) program being rolled out by the ministry for elementary schools, and to allow the schools in enroll in and receive funding for future projects that become available to the rest of the schools in Israel.While no response has been had from the Education Ministry since the breakdown of the eight month long negotiations approximately a month ago, a meeting facilitated by President Reuven Rivlin with Bennett is scheduled to take place just before the school year is scheduled to begin.The letter from Masih Fahim threatened Bennett that if the "continued unilateral steps by the Education Ministry against the Christian educational institutions will lead to an intensification of protest measures by the Christian schools, in addition to considering legal and diplomatic steps in the matter."The Education Ministry denied that the Christian schools are receiving funding different to other unofficial but recognized schools and stressed that there was no budget cut to the schools in the previous 2014/15 school year and there will be no budget cut in the upcoming 2015/16 school year.The ministry further stated that it has held talks with representatives from the schools and the options brought up at the meetings were done in partnership and not through force.