‘A better future for Palestinians will benefit Israel’ 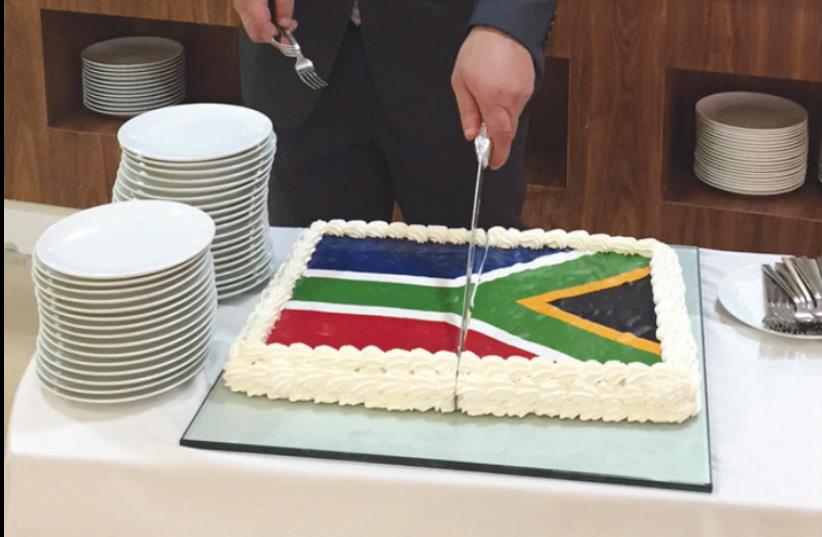 A HOTEL STAFFER cuts a cake at the event in Ramallah on Tuesday.
(photo credit: SETH J. FRANTZMAN)
Advertisement
“It had been a long, drawn-out struggle for liberation when we went to the polls in 1994... and South Africans dedicated to bury centuries of discrimination and repression. We sought to build a new society on freedom and this foundation offered an opportunity for all to work together.”This was the message delivered Tuesday by the South African representative, N.W Makalima, to the Palestinian Authority before a crowd of some 250 at Ramallah’s Movenpick Hotel on the occasion of Freedom Day, which marks the day that apartheid in South Africa transitioned to democracy.For those present, including Palestinian Authority Prime Minister Rami Hamdallah, the words rang true and seemed to echo their own struggle for statehood.“Speaking on behalf of President [Mahmoud] Abbas, we honor your celebrations and give compliments,” he said. “We came to celebrate with you; we seek to have a democratic nation; we are resisting occupation.”He spoke of rebuilding Gaza and thanked South Africans for supporting Palestinian boycotts of Israeli goods.Last week Israel denied South African Minister for Higher Education and Training Blade Nzimande entry to the country. He had expected to attend the ceremony and cement relations between institutions of higher education in his country and Bir Zeit University. Makalima noted that it was unfortunate Israel had denied him entry, but said partnership work would continue.“We remain steadfast in support for the Palestinian people; we support a free, democratic, territorially contiguous Palestinian state living side by side with Israel in international borders, based on those of June 4, 1967, with east Jerusalem as capital,” Makalima said.South African Ambassador to Israel Sisa Ngombane said after the event that he hopes that, despite the denial of a visa to Nzimande and the ensuing “disappointing controversy,” that Israel should see that the developing Palestinian institutions will benefit both peoples.Palestinian politician Nabil Sha’ath was more harsh in his criticism, condemning Israel for its “stupid” behavior.