IsraAID team in Lesbos briefs Academy Award winner during her humanitarian visit to the thoroughfare island. 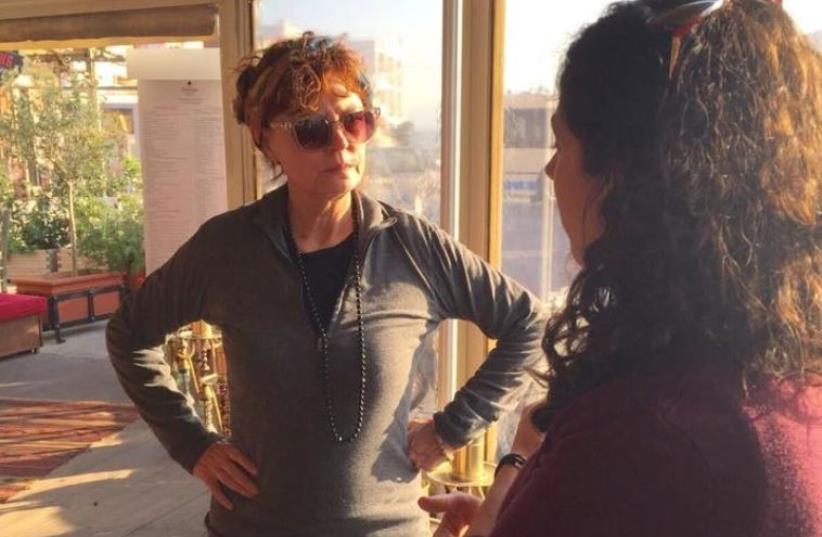 Susan Sarandon meets IsraAid workers in Lesbos, Greece
(photo credit: ISRAAID)
Advertisement
Academy Award winning actress Susan Sarandon met on Saturday with a team of Israeli aid workers assisting refugees on the Greek island of Lesbos. The 69-year-old American star was briefed by an IsraAID team on the agency's activities, including medical, psychological and social services and the distribution of supplies for the current winter season. During her visit, Sarandon also joined various other humanitarian bodies working on the shores of one of the main thoroughfares for the masses of migrants seeking to reach Europe. In 2006, Sarandon was appointed a UNICEF Goodwill Ambassador and has since been honored for her contributions to humanitarian issues. The IsraAID organization says it has been involved in operations on the island for several months. Thousands of migrants fleeing conflict and poverty in the Middle East and Africa have arrived to the shores of the Aegean island this year.Greece is struggling to deal with the thousands of migrants stranded in the country after a Balkan policy banned passage to all except Syrians, Afghans and Iraqis. Reuters contributed to this report.