After brutal attack on Eritrean infant, family given refugee status in Europe

The baby, then 18 months old Kako Yamena, was stabbed three times in the head by an Israeli man from Afula named Michael Zaretzky. 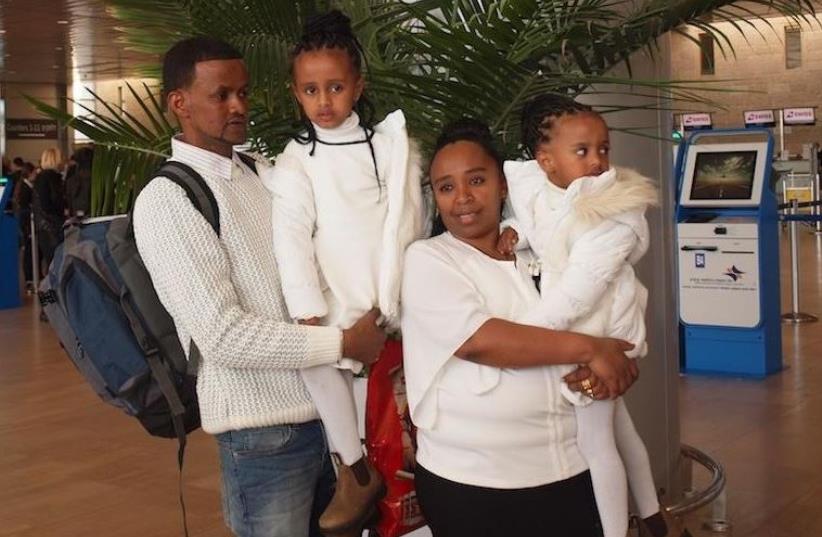 earlier this month, NATBAG.
(photo credit: HEIDI J GLEITT)
Advertisement
Two years after a brutal assault on an Eritrean infant shocked the asylum-seeking community in Israel, the child’s family has received refugee status in Europe, ending a saga in which they tried and failed to get recognition from the Israeli government.Kako Yamena, then 18 months old, was stabbed three times in the head by Michael Zaretzky, an Israeli man from Afula, near the central bus station in couth Tel Aviv on the night of January 3, 2014, with the scissors piercing her skull.According to an indictment for attempted murder issued against Zaretzky later that month, he was quoted as telling interrogators he stabbed the infant “because I hate them, they’re black and they make a real mess” and that he was trying to stop “black terrorism.” Zaretzky – who previously had been hospitalized in mental institutions twice before the attack – was ruled mentally unfit to stand trial and hospitalized.Nevertheless, the family was not recognized by the state as victims of a hate crime, even though Kako was born in Israel.Kako was given legal residency status in Israel by then-interior minister Gilad Erdan, but her parents and older sister were left without status. At one point, her father, Muli, was called to report to the Holot detention facility in southern Israel, though the family managed to get the summons canceled.Kako became a symbol to Israel’s asylum-seeking community, and two days after her attack tens of thousands of African migrants held an unprecedented march and protest in central Tel Aviv demanding the government change its policies toward asylum seekers. Though the protest was planned well ahead of the attack, pictures of Kako were carried by protesters throughout the day and a number of speakers mentioned her by name.The attack was the beginning of a long ordeal for the entire family, said Sigal Avivi, a human-rights activist who has volunteered for years with the asylum-seeking community and has helped the family since the night of the assault.Kako’s mother Yordanes, who was holding her during the attack, suffers from post trauma stress and flashbacks and, at one point, tried to commit suicide, according to Avivi, who said she needed psychiatric treatment provided by volunteers, as did Ruthie, Kako’s five-yearold sister who also was at the scene and would wake up in the middle of the night regularly, telling her parents she had to protect her sister.“It took her a long time to not be afraid of any white person she saw on the street,” Avivi said.Kako spent the two months following the assault in Ichilov Hospital going through a series of surgeries, during which pictures of her on the operating table were circulated widely on social media by asylum-seekers in Israel.Avivi, who was then accompanying and assisting the family at the hospital, said one of the veins in Kako’s head became inflated, forcing doctors undertake a complicated operation in which they had to access the area through an artery in the her leg, leaving Kako with a limp to this day. It could have been worse – the operation had risked leaving Kako paralyzed in half of her body, according to Avivi.Since her parents had no legal residency status in Israel, the National Insurance Institute did not pay for Kako’s medical treatment.Avivi estimated that the African asylum-seeking community and their Israeli supporters managed to raise between NIS 50,000 and NIS 70,000 to help the family with their medical bills, in the absence of state support.Recently, Avivi said, the family and a number of Israeli supporters turned to the Tel Aviv embassy of a European country – which has asked not to be named – and requested that the family be given asylum, which was granted earlier this month.The family has since moved into their new home and is receiving psychiatric treatment, language tutoring and job placement assistance by the host country, Avivi said.The ending is not completely happy, however, as the family leaves behind in Israel not only relatives and loved ones, but a supportive community that has helped them on a daily basis for the past two years.“This is a real concern now,” Avivi said. “They are also losing a great deal – friends, family and a community of people that has helped them all through this time.”