PMO's Counter-terrorism Bureau ups travel advisory on Turkey, saying there is a continuing threat against Israel and Jewish targets there. 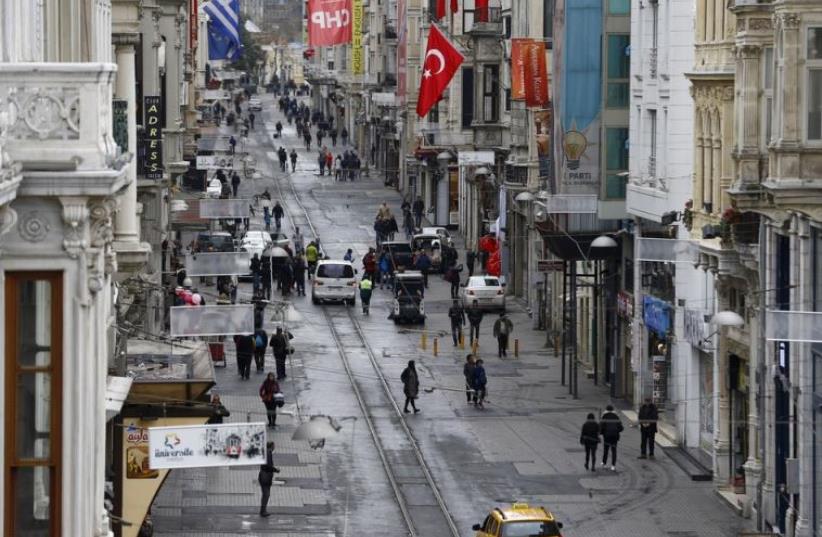 Pedestrians walk along Istiklal Street, a major shopping and tourist district, in central Istanbul
(photo credit: REUTERS)
Advertisement
A day after the deadly blast in Istanbul that killed three Israelis, the Counter-terrorism Bureau in the Prime Minister's Office called on Israelis to avoid visiting the country all together. The new advisory is a more stringent one than the one that has been in place since August 2014, advising Israelis to refrain only from unnecessary travel to Turkey, saying there is a continuing threat against Israel and Jewish targets there.The new advisory reads as follows: “Due to a worsening in the number of attacks in Turkey in tourist areas and crowded places, and focusing on the attack in central Istanbul (19.3.16) -- during which Israeli citizens were killed and wounded -- and amid a concern about future attacks, the counter-terrorism bureau is making more stringent the existing travel advisory to the country and recommends avoiding visiting Turkey.”The advisory was upgraded from a Level 4 warning of the threat of potential attacks, to a Level 3 warning of the threat of concrete attacks.