Police withdraw request for orders against people who they suspect may try to commit acts of violence to disrupt the LGBT pride parade in the city on Friday. 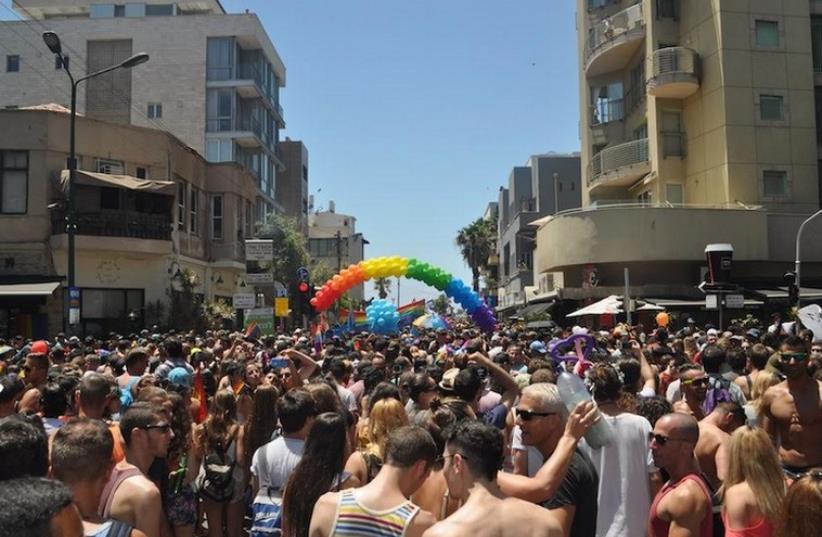 The 17th annual Tel Aviv Pride Parade, June 12, 2015
(photo credit: JULIE STEIGERWALD)
Advertisement
Police efforts to ban anti- LGBT extremists from the gay pride parade in Tel Aviv on Friday were scuttled when a judge pointed out problems in the restraining orders presented in court.Police representatives in court said just before the ruling Wednesday night that they had decided to withdraw the restraining orders, after Judge Oded Maor expressed doubt about the lack of intelligence regarding specific threats posed by the people in question, and stated that the requests were too general.Following the hearing at the Tel Aviv Magistrate’s Court, police said they had decided to rescind the restraining orders “after a recommendation made by the court.”Police said in court that one of the men, Rahamim Hugi, had on previous occasions expressed his belief that people who attend the LGBT parade and the police providing security should be physically harmed. Police added that all those for whom they were seeking restraining orders have made comments that illustrate they are a danger to the LGBT community, but were not able to produce evidence of threats made to specific individuals.Already on Tuesday, police began visiting the homes of right-wing and haredi extremists to present them with a form to sign declaring that they would not attend the parade. A number of those who did not sign the form were included in the restraining order request, which had been intended to included less than 10 police said.Last July, Yishai Schlissel, an ultra-Orthodox man from Modi’in Illit, stabbed six people at the Jerusalem Gay Pride Parade, just weeks after being released from prison after serving 10 years for a similar attack. One of the victims, 16-year-old Shira Banki, died of her wounds three days later.Schlissel was convicted, in April, of murder, six counts of attempted murder and one count of causing extreme bodily harm.