Star can't understand how EMI reached decision to give a life achievement award instead of a music award “to a man who uses his talent to advance a particular agenda of violence racism and hatred." 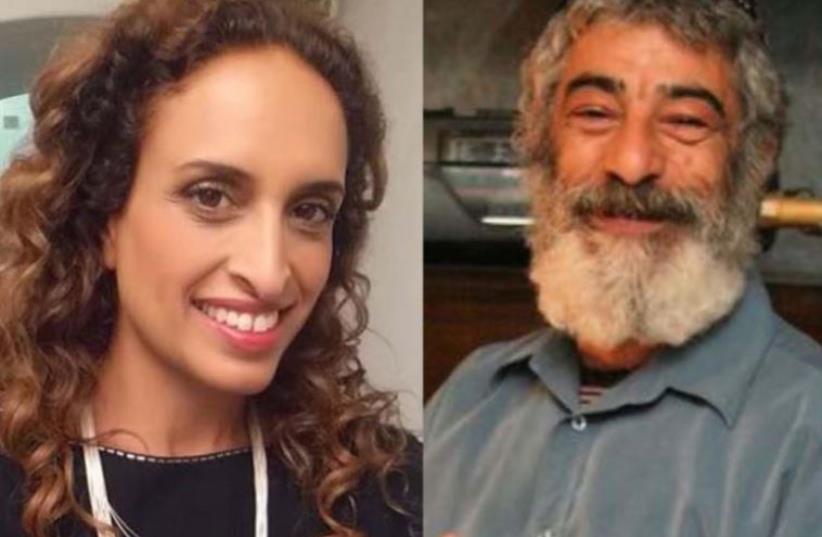 Ahinoam Nini and Ariel Zilber
(photo credit: Courtesy)
Advertisement
Singer Ahinoam Nini, who makes no secret of her support for left-wing organizations, has resigned from EMI, the Israel Artists Association, in angry protest at its decision to give a lifetime achievement award to singer, composer songwriter Ariel Zilber, whose is open about his strong right-wing views.Two years ago, Nini forced ACUM, the Association of Composers and Musicians, to downgrade a lifetime achievement award it had intended to give to Zilber, and to instead present him with an award for his contribution to music.The incident received a lot of publicity at the time, and Nini was under the impression that something of the kind would not recur. But it did.EMI took up where ACUM left off.Furious that this could happen yet again, especially in a climate in which right-wing radicalism is becoming increasingly prevalent, Nini wrote on her Facebook page that she did not know whether this was a bad joke or a nightmare in the face of the daily realities that Israel confronts during a black period in which books are banned and black lists are published – a period of violent phenomena, racism and hatred with signs of fascism that raise their ugly faces day after day. She could not understand how EMI had reached the decision to give a life achievement award instead of a music award “to a man who uses his talent to advance a particular agenda of violence racism and hatred.”Nini clarified that her allegations were not simply a matter of political opinion. “There is a difference,” she wrote.She was at a loss to comprehend why, when there are so many other deserving artists, EMI chose to honor Zilber.Formerly a secular, happy-golucky rock and pop singer, Zilber found religion and became observant, trading in his sweat shirt and jeans for a dark suit, cutting off his mop of curls and covering his head with an oversized kippa. He became affiliated with Eretz Israel Shelanu (Our Land of Israel), a far-right organization headed by Rabbi Shalom Dov Wolpo and Baruch Marzel, a disciple of the late Rabbi Meir Kahane.He has made a number of anti-Arab comments that carry racist connotations, and appeared in a video in which he advocated early release for Yigal Amir, who is serving a life sentence for assassinating Prime Minister Yitzhak Rabin.Nini wrote that she did not want to be associated with any organization that was willing to give someone like that a life achievement award. Zilber is due to receive the award at the Jerusalem Theater this coming Thursday, January 28.MK Shuli Moalem-Refaeli, who chairs the Bayit Yehudi faction in the Knesset, stated in response to Nini’s resignation that it was yet another example of the confusion and opposition of the elitist front that tries to control Israel’s world of culture.Many refuse to recognize the fact that there are also artists within this battle who think differently and lead a different lifestyle, she said.Moalem dismissed Nini’s contention that she was not expressing a political opinion, and said that Nini views reality through a narrow, elitist patronizing prism.“But reality is stronger than she is,” Moalem continued, “and there is great appreciation for artists who have become inalienable assets in Israeli culture.”Culture and Sport Minister Miri Regev declared that artistic boycotts must stop, because they are a danger to society and must be opposed. Whoever boycotts EMI will boycott settlements and products – and in the final analysis will boycott human beings, said Regev. “One can argue with what Ariel Zilber has expressed, but the boycott must cease.”Regev was somewhat surprised that the flag-bearers of democracy and freedom of expression are in the forefront of censoring and boycotting those with whom they disagree. She had been under the impression that they would permit dialogue, even ideological argument, “but it appears that time after time they opt for boycott, which is anti-democratic.”