Amsalem to file complaint against Alsheikh

Amsalem accused Alsheikh and his predecessors of trying to overthrow him. 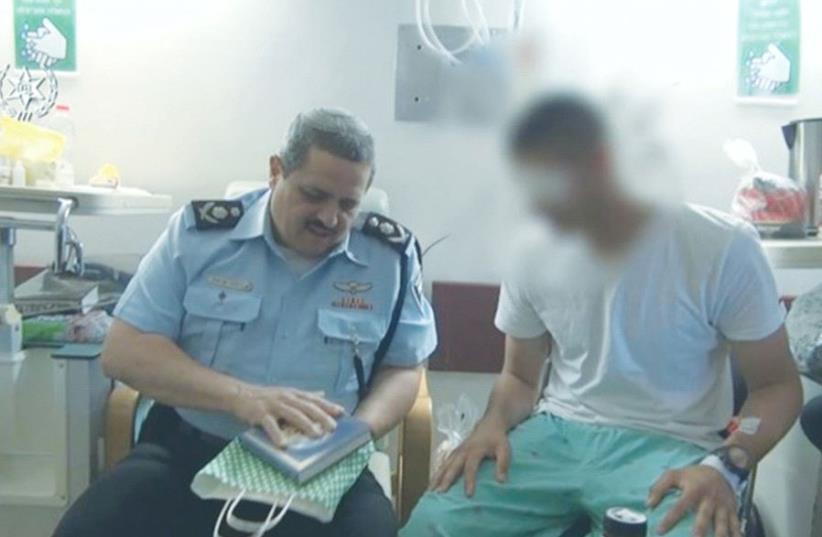 POLICE COMMISSIONER Roni Alsheikh visits an officer who was wounded in a terrorist attack in the Old City’s Muslim Quarter.
(photo credit: POLICE SPOKESPERSON'S UNIT)
Advertisement
Knesset Interior Committee chairman David Amsalem (Likud) announced Monday that he would file a complaint against Police Inspector-General Roni Alsheikh in response to a police complaint filed Sunday against Amsalem.The battle between the two men intensified last week, when Amsalem proposed a bill to lower the salary of Alsheikh, whose police are investigating Prime Minister Benjamin Netanyahu.Following a meeting Alsheikh held with four former police inspector-generals, an ally of Alsheikh filed the complaint against Amsalem, accusing him of “extortion and threats.” The former inspector-generals persuaded Alsheikh to use the complaint to deter Amsalem.Amsalem accused Alsheikh and his predecessors of trying to overthrow him. He said that as the head of the Knesset Interior Committee, he oversees the police and that would not change.“I never thought such a thing would happen in the State of Israel,” Amsalem said. “The inspector-general did not call his predecessors for advice on how to handle agricultural theft or gun control. They only spoke about how to handle me and the negotiations of the prime minister. This is no joke.”Amsalem has been fighting to harm Netanyahu’s probes with legislation, including a bill that would stop police from making recommendations to the attorney-general at the end of investigations.The Knesset House Committee voted nine to seven Monday to advance the bill in Amsalem’s committee, even though such legislation would normally be held in the Knesset’s Law and Constitution Committee, which is headed by Bayit Yehudi MK Nisan Slomiansky.The bill is expected to be brought to a vote in its first reading in the Knesset plenum next Monday. It will then undergo changes in the committee that have been demanded by Public Security Minister Gilad Erdan and Justice Minister Ayelet Shaked.