Analysis: Israel's religious-based tribalism could lead to its downfall

The Talmud famously asserts that it was the antipathy between Jews that led to the destruction of the Second Temple and eventually the loss of Jewish sovereignty in the Land of Israel. 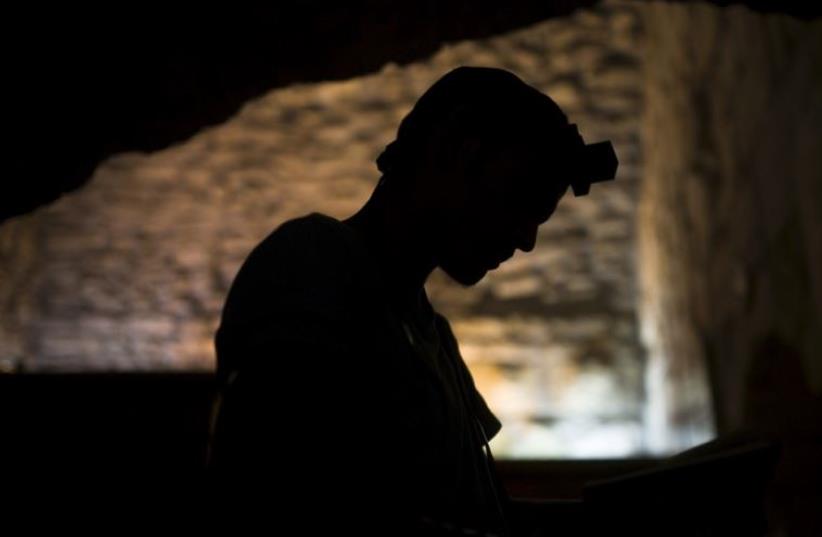 A Jewish worshipper prays at the Western Wall in Jerusalem's Old City
(photo credit: REUTERS)
Advertisement
It is surely no surprise that the Pew report on the role of religion in Israel shows Jewish Israeli society to be deeply divided along the lines of religiosity.Anyone with the least knowledge of Israeli society already knows that there is virtually no chance of a secular individual marrying someone from the haredi (ultra-Orthodox) community, and that most Jewish Israelis tend to interact socially with people of their own religious observance level.But although this lack of societal cohesion is well known, Pew’s report is a timely reminder of the need for greater understanding and empathy between the country’s estranged communities, not to mention with its non-Jewish citizens.Recent years have seen bitter internecine political wars between the different religious sectors of the population, such as the battle between haredi society and secular Israelis over haredi military service; secular frustration with religious restrictions on Shabbat; and the religious- Zionist sector’s anger at attempts to limit its influence over education in the army, to name just a few.Meanwhile, comments from high-profile public figures disparaging religious practice, as well as those belittling religious choice, serve to underline the gap in understanding and respect between the faithful and the secular.These conflicts appear to be increasing in number and intensity, and will likely worsen as the percentage of religious Israelis continues to grow in relation to their non-religious brethren.What this spells for Israel’s democracy is less well known, but the Pew report revealed some concerning findings in this regard, as well.The study showed that large majorities in the haredi and religious-Zionist sectors would give preference to Jewish law over democratic principles in a situation when the two come into conflict.Similarly, 86 percent of haredim and 69 percent of religious-Zionists believe that Jewish law should be enshrined as state law for Jewish citizens.Such findings seem to indicate that as the religious population grows, the rights of the non-religious could come under greater pressure, creating further societal tension.This is to say nothing of the attitude toward Israel’s non-Jewish minority highlighted by the report, which showed that close to half of the country’s Jewish population would agree to expel or transfer Arab citizens, although the definition of these terms was not defined.The Talmud famously asserts that it was the antipathy between Jews that led to the destruction of the Second Temple and eventually the loss of Jewish sovereignty in the Land of Israel.The findings of the new Pew report, even if they were already widely acknowledged, should behoove the country to remedy its worrying religious-based tribalism.