Analysis: What brought Netanyahu and Ya'alon to be at each other's throats?

Monday’s meeting between Ya’alon and Netanyahu was tense, yet the joint statement issued afterward left the sense that it was business as usual. 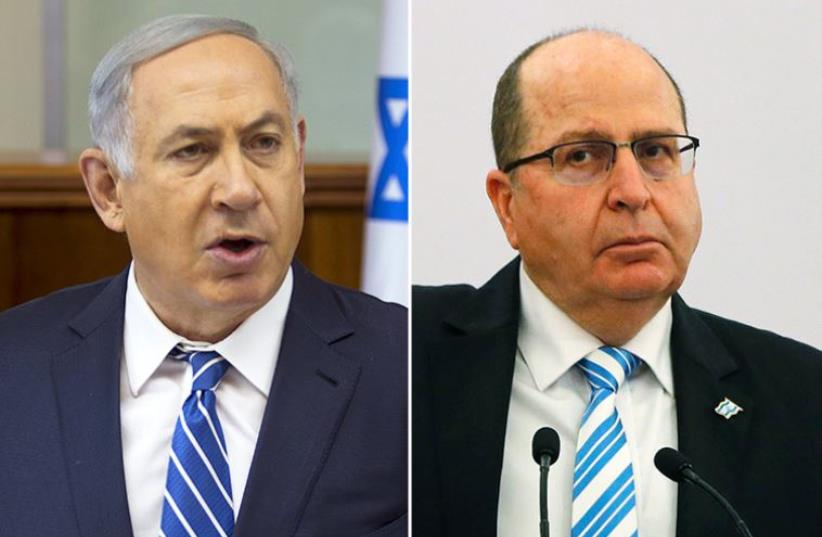 Netanyahu and Ya'alon
(photo credit: REUTERS)
Advertisement
The rift between Defense Minister Moshe Ya’alon and Prime Minister Benjamin Netanyahu is neither about the militarization of Israeli society, nor the politicization of the military – both of which are old phenomena. It’s partially about the ethics and values which the society at large, and the IDF in particular, should cultivate.But above all it’s about power politics, especially on Netanyahu’s part.The newest evidence of the rift came Sunday evening at the Defense Ministry in Tel Aviv.The occasion was the traditional reception hosted by the defense minister and Chief of Staff Lt.-Gen. Gadi Eisenkot for foreign military attachés, IDF senior officers and journalists.Ya’alon’s speech was released to the media an hour before it was delivered. But before the defense minister had opened his mouth, Netanyahu’s spin machine went into action with his reaction to a speech which was still under embargo. Netanyahu gave the impression that he once again is critical of the upper echelon of the IDF, while Ya’alon is fully backing the IDF top brass.Immediately, the media and public attention was diverted from the speech and its message to the arm twisting between the two figures, who were once close allies who less than two years ago saw eye to eye regarding the conduct in the 2014 Gaza war. Netanyahu’s people created the impression that he may well fire Ya’alon or at least reprimand him.But neither happened. Monday’s meeting between Ya’alon and Netanyahu was tense, yet the joint statement issued afterward left the sense that it was business as usual. The issue was stating the obvious: that while the military is subject to the government, its officers are free to speak their mind. Nevertheless the differences between them remain.Interestingly enough, Ya’alon and Netanyahu continue to see eye to eye about their strategic core beliefs. Neither believes in peace initiatives – whether foreign, Israeli or Palestinian – or gestures to break the diplomatic deadlock with the Palestinians.Both are cautious and wish to avoid being dragged into risky adventures against Hamas in Gaza, or Hezbollah in Lebanon.Both oppose Israeli involvement in Syria’s five-year-old civil war.Both wish to defend Israel’s fundamental national interests, i.e. to maintain tranquility along the country’s borders. Their strategy is “to manage the conflicts.”Both Ya’alon and Netanyahu reject suggestions by the military and security chiefs to initiate dialogue with the Palestinians lest the dwindling of the current wave of terrorism be reversed.So what brought them to be at each other’s throat? Mainly it’s a matter of style, personality and political agenda. Ya’alon is rigid in his political outlook. Some would describe him as square but honest. He lacks political instincts, and is reserved. Netanyahu is the opposite. He is intelligent, shrewd and manipulative.His political instincts are honed to go for the jugular.Ya’alon is concerned that the extreme views and violent expressions, which originate in the margins of the right-wing, are penetrating the mainstream and the IDF.The outpouring of public support, including among the rank and file of the IDF, for the soldier who in cold blood shot a wounded Palestinian terrorist in Hebron in March shocked the chief of staff and Ya’alon.Ya’alon addressed the Knesset and asked the rhetorical question whether the IDF will remain an army of a democratic state or descend into a lawless gang. But what worried Ya’alon even more was the impression given by Netanyahu that while he sided for political reasons with the soldier and his family, he only paid lip service to the rule of law and the backing of the IDF.Their differences became even more marked following the address delivered on the eve of the Holocaust Remembrance Day by Maj.-General Yair Golan. The deputy chief of staff expressed his concerned about trends in Israeli society – racism, intolerance, violence – which resembled what happened in Weimar Germany before Adolph Hitler rose to power. His remarks angered many right-wing government ministers. Yet no one asked the basic question, why senior IDF officers are sent in uniform to address civilian gatherings.Netanyahu, sensing an opportunity to score points in the right-wing camp, reprimanded Golan. Ya’alon felt it was his duty to defend him, and in his speech this week encouraged IDF officers not to be deterred about expressing their opinions.The bleeding may have been stopped for now but the bad blood between the two remains ready to resurface. And all this on the backdrop of the so far futile efforts to lure opposition leader Isaac Herzog to join the government.