Analysis: Picking a fight and the road not taken with the NGO law

Left-wing NGOs and the European countries who fund them are a regular punching bag for the governments run by Prime Minister Benjamin Netanyahu. 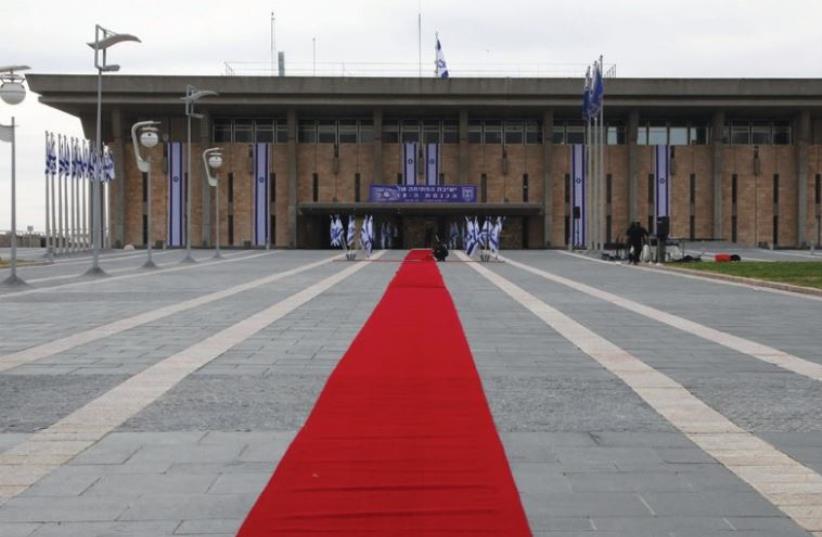 THE KNESSET building.
(photo credit: MARC ISRAEL SELLEM/THE JERUSALEM POST)
Advertisement
The purpose of the NGO law – which made no major formal legal changes – was, depending on your narrative, to either pick a fight or counter-punch, drawing some blood.The law neither seriously infringes on NGO activities, nor does it greatly increase their transparency.Moving the law forward was part of the current coalition’s agreement from the start – and it was further buttressed by a March television program alleging that NGO Breaking the Silence had plotted to fool IDF personnel into disclosing classified information.Left-wing NGOs and the European countries who fund them are a regular punching bag for the governments run by Prime Minister Benjamin Netanyahu.He and Justice Minister Ayelet Shaked, another major sponsor of the law, view the organizations’ funding as improper interference in Israeli affairs.As Netanyahu and Shaked like to say: England and Spain would not tolerate it if Israel had tried to fund local groups to push for Britain exiting from the EU or for Basque separatists to leave Spain. Why should Israel tolerate such interference? Yet, the law passed Monday does not stop this interference or intervention in any way. It also does not make any radical changes in transparency of the NGO funding since there was a prior law that already obligated them to disclose their foreign funding.At Netanyahu’s orders – and following even more global anger than anticipated – the law dropped the most controversial provision it originally included that had called for NGO representatives to wear name-tags specifically identifying themselves as foreign-funded lobbyists.The law does add labels in all publications and all letters written by the NGOs’ government officials, but this is a very minor change.So what was the purpose of the law? In essence, to publicly shame the NGOs – and massively anger the EU.In November, the EU labeled products from the West Bank settlements as distinct from Israel.This move was viewed by the Israeli government as joining hands with the global forces trying to promote boycotts of Israel.The law was effectively supposed to label them back. It would not stop them from funding left-wing groups, but it would engage in shaming them just as the EU was engaging in shaming Israel for its West Bank settlements.One can hear this in the open anger at the EU countries and left-wing groups expressed by the law’s supporters.In June, Shaked told The Jerusalem Post that many of the leftwing groups are directly connected to movements boycotting Israel and, in Knesset speeches, some implied they aid terrorist groups.Shaked and other supporters of the law frequently cite a 1938 US law as having similar control over lobbying groups who receive foreign funds to limit interference from foreign countries.But both the Knesset legal adviser and US Ambassador Dan Shapiro have said the US law is different because it applies to agents of the foreign country and not to groups that just receive funds.There is a general principle of constitutional law in most Western countries that a law is discriminatory not just on its face, but also if it has a discriminatory impact – especially if alternatives were available.As the Post was the first to report in June, 25 of 27 NGOs the law will impact are left-wing and none are right-wing. This is a clear discriminatory impact, whether in legal or political terms.There were other roads that could have been taken. NGO Monitor opposes EU funding of left-wing groups, but believes the law was a blunt weapon for an issue that needed to be addressed through dialogue and public and diplomatic pressure.A group of opposition MKs proposed a law that would have included the provisions of the NGO law, but would also have applied them to foreign private funding. This would have had the impact of applying the new transparency standards to both left- and right-wing groups, since right-wing groups with foreign funding get most of it from wealthy private individuals, not countries.The law’s supporters said that foreign governments – which have a full infrastructure of diplomats at their disposal to press their interests regarding Israel and the region – are a much bigger problem than wealthy individuals. As Minister-Without- Portfolio Tzachi Hanegbi admitted on Israel Radio on Tuesday, there are foreign wealthy individuals who have a massive impact on Israel – some greater than countries.The fact that this alternative was not adopted appears to make it clear that the law’s goal, aside from being popular on the Right domestically, was specifically to take a shot at the leftwing groups and their EU funders.Undoubtedly, from international reaction, this government goal, for better or worse, has been achieved.