It could take a year or two to know... 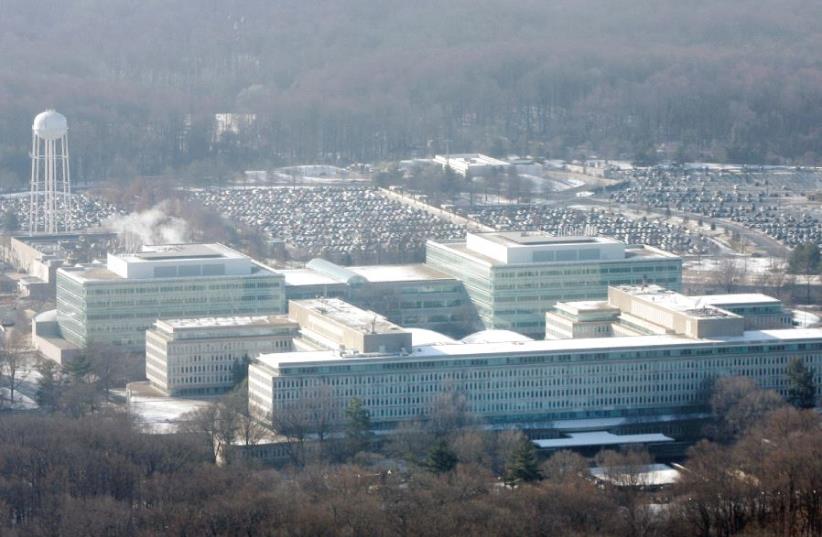 THE HEADQUARTERS of the Central Intelligence Agency is seen in Langley, Virginia
(photo credit: REUTERS)
Advertisement
Tuesday’s bombshell, massive data dump by WikiLeaks of CIA documents, code and spying techniques has raised a plethora of questions, one of which is what will be the impact on Israel? When US leaker Edward Snowden made his initial dump of National Security Agency documents in June 2013, it took time for some of the Israel-related documents to come out.Some of the biggest finds were not released or discovered until September 2013 and some Israel connections were not fully revealed until February 2015.In the first 24 hours, no one has reported on an Israel connection yet and the name Israel does not obviously appear in the volumes and volumes of documents, most of which do not make much sense to persons without advanced computer coding skills, but there is a strong chance that Israeli intelligence will take a hit in the not so distant future.Col. (res.) Gabi Siboni, cyber director at the Institute for National Security Studies in Tel Aviv, said, “We don’t know yet all of the technology which has been exposed, but in the past, Israel has had tight cooperation with the US,” implying there is a strong chance aspects of Israeli intelligence, coding or spying techniques will be made public as the WikiLeaks dump unfolds.“One can imagine that somethings could have been exposed. I don’t know if this is the situation, but if it is, it may be that some exposure is just part of cooperation” with allied intelligence agencies, said Siboni.The cyber expert clarified again that he was not saying Israeli intelligence had been compromised, and that his commentary was “based on plausible assumptions” in light of past exposures of Israeli intelligence from the Snowden leaks and leaks regarding US-Israel cyber cooperation against Iran with the Stuxnet and Olympic Games viruses and programs.He added he assumed that US and Israeli intelligence are already in touch regarding the issue.Israel Space Agency Chairman Maj.-Gen. (res.) Yitzhak Ben Israel, a professor for Tel Aviv University’s Security Studies Program, said if Israeli intelligence was exposed it was “not the end of the world, but could cause damage. Whoever did not know that we could spy on them using one method or another will now be aware.”At the same time, Ben Israel said, “there is nothing to do. When you cooperate with someone else, you are always taking a risk that intelligence you share could leak to others. And if you do not cooperate with others then you won’t get anywhere.”Further, Ben Israel said that the problem was not unique to the cyber hacking age.He noted past top American CIA and FBI agents who turned into Soviet spies, such as Aldrich Ames, to show that there is no way to foolproof even the most secretive intelligence agency from leaks.He acknowledged that “there is always a danger of leaks and you try to reduce the danger, but this is not new and this is part of the rules of the game.”How could the CIA, the world’s most powerful intelligence agency, get hacked? Siboni said this “strengthens what I have claimed for a long time: that defense needs to be the biggest priority of intelligence agencies. They do cyber attacks and spying, but they cannot let down on defense.”Intelligence agencies such as the CIA need to “change their state of mind and invest in defensive cyber capabilities not just after a crisis, but systematically and on a permanent basis,” he said.“This requires a major cultural change, because cyber defense is a gray profession and is not rewarding. You don’t get a prize and you cannot show off your success like on attack,” noted Siboni, since successful cyber defense just means that nothing bad has happened.He added that after the hacking of the NSA last year, the CIA should be able to do better, since clandestine organizations have an ability to isolate their systems and vet their employees that other organizations do not have.Also, Siboni said that intelligence agencies needed to do a better job in checking that the cyber security and defense for outside contractors are as strong as their own, since a security lapse there can endanger the whole system.Ben Israel returned to his theme that the security problem is usually a human problem, and not necessarily a weak cyber defense. Probably “a traitor or an idealist or someone with 1,000 other motivations” gave over the information, he said.Agencies “can reduce their risk with a little bit less outsourcing, but you can never be completely insulated as there will always be a human factor,” he said.